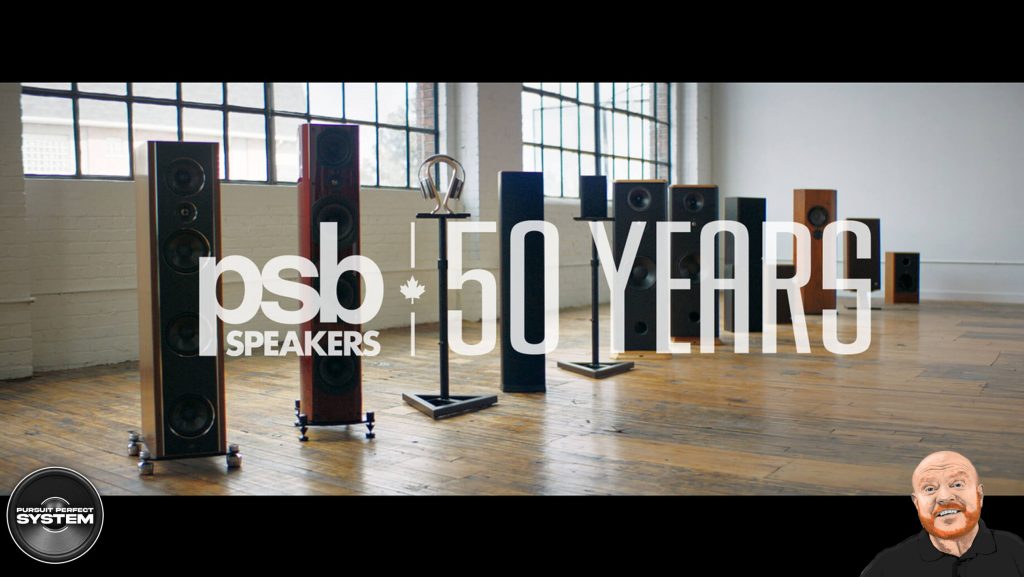 PSB Speakers, the loudspeaker company that, more than any other, create the “Canadian Sound”, is celebrating 50 years of delivering high value hi-fi speakers at the intersection of science-based sound reproduction and musical enjoyment. Founded in St Jacob’s, Ontario, in the summer of 1972 by classically-trained violinist and self-taught acoustics designer, Paul Barton, and a couple of his high school friends, PSB Speakers soon became a pioneer in marrying psychoacoustics research with loudspeaker design.

The scientific approach Barton took in designing loudspeakers was rare at the time, and over the course of the late 1970s and early 1980s, he conducted thorough and detailed measurements of loudspeakers at the National Research Council (NRC) in Ottawa, Canada, utilizing its state-of-the-art anechoic chamber and instruments to perfect the sound signature of his products. In spending so much time in and around the laboratories at the NRC, Barton found himself embedded with some of Canada’s leading scientific researchers in the areas of psychoacoustics and acoustic measurement, including becoming a close personal friend to world-renowned Dr Floyd Toole, whom he would collaborate with until Toole’s later move to California. The acoustics research Barton helped to pioneer and commercialize would eventually become common industry practice, and the foundational principles first discovered by this research continue to be the basis of much of speaker design today.

“As a musician and acoustics designer, it has been such an honour to work with some of the top scientific minds in the field over the decades,” says Barton. “In academic research, like what was happening at the NRC, it wasn’t uncommon for research to get published and then just gather dust on a shelf somewhere. But I got the unique opportunity to take that research and turn it into real products that PSB customers could enjoy their favourite music on, and that has been the most satisfying thing for me throughout these 50 years.”

The brand’s anniversary celebrations kick off with a virtual live event on June 1, 2022, at 4:00PM EDT (1:00PM PDT, 9:00PM BST, 10:00PM CEST), and will feature an intimate conversation with Paul Barton moderated by Doug Schneider, Founder of SoundStage!. Event registration opens on May 16, 2022, at psbspeakers.com/50years and attendees will not only have the chance to submit their questions to the PSB team for the live Q&A with Barton, but they will also be the first to watch a documentary of the brand, specially produced for the 50th anniversary, which will be released to the rest of the world 24 hours later on June 2, 2022.

Friends of PSB Speakers, including IsoAcoustics and Bluesound, have offered up some exciting door prizes, and there will be a grand prize draw for a pair of PSB Speakers AM 5 Powered Bookshelf Speakers at the end of the event.

“PSB Speakers, despite all of the outstanding reviews it receives for its products, is in many ways still a hidden gem of a brand,” explains Gordon Simmonds, CEO of Lenbrook International, the parent company of PSB Speakers. “The documentary is our way of reinforcing the brand’s incredible story and scientific contributions to the speaker industry so it can be appreciated not just by those who already follow the brand, but also by new audio consumers that are looking for great value products for their mobile and modern lifestyles.” 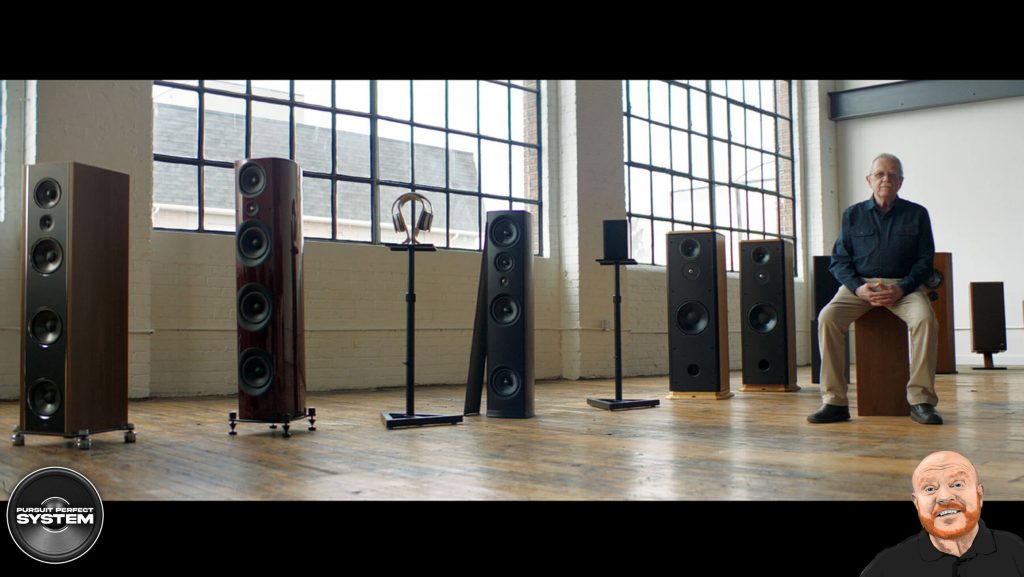 Paul Barton with the Stratus Gold, deemed the “10,000 Watt Speaker” by audiophile press Filmed and produced over a four-month period in and around Toronto, the documentary runs approximately 20 minutes and offers an intimate glimpse into the brand’s founding, its expansion, Barton’s legacy, and the brand’s exciting future. It features interviews with Barton about his childhood influences and personal anecdotes, interspersed with perspectives from inside and outside the company, including from Simmonds, as well as from a former dealer and now Chief Strategy Officer of Lenbrook, John Banks; Canadian business journalist Gordon Brockhouse; Headphone Category Manager, Matt Simmonds; and Schneider, who got to know Barton while at the NRC himself, conducting speaker measurements for his publication’s reviews. Visually, the documentary is peppered with archival photos, videos, and mementos over the decades, deftly weaving in stories about some of the brand’s most iconic and popular products. It is a fitting tribute to a brand that, in the documentary, Schneider calls the “grandfather of the Canadian loudspeaker industry”.

The celebrations continue into the month of June, when PSB Speakers goes back to its roots – the love of live music from Barton’s childhood that inspired him to pursue a career in acoustics. PSB Speakers is committed as a Main Stage sponsor for the 2022 Northern Lights Festival Boréal, a music festival happening in Sudbury, Ontario, that is also celebrating its 50th anniversary. Small town Canada has produced some of the world’s most enduring musical acts and these two Canadian musical legends – PSB Speakers and the Northern Lights Fesitival Boréal – will join forces in a digital campaign in the weeks leading up to the festival to promote the festival’s exciting line-up of Canadian talent.

The anniversary celebrations will culminate in a very special announcement from the brand on July 1st, coinciding with Canada Day.