Skip to content
New MX180 processor for an 8K future 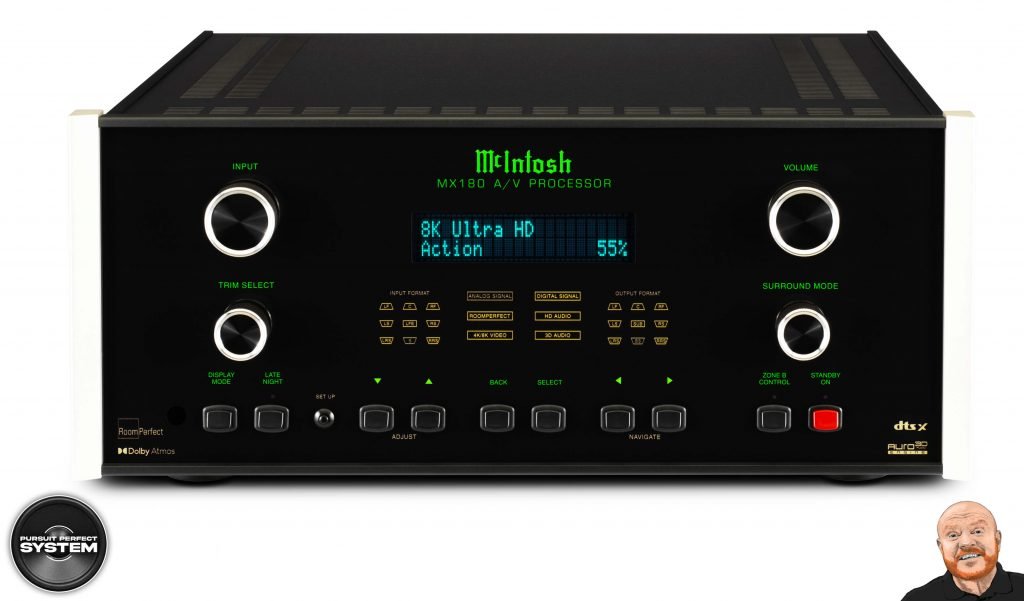 McIntosh the global leader in prestigious home entertainment and ultimate-quality audio for over 70 years, is proud to announce the MX180 A/V Processor

McIntosh has launched the MX180, a future-ready 8K-capable A/V Processor with a raft of advanced customisation and processing capabilities. Fully 4K compatible and perfectly prepared for future 8K content, the MX180 supports 8K/60 Hz and 4K/120 Hz on all seven of its Ultra High Speed HDMI ports (five inputs and two outputs).

Other connections include a suite of digital and analogue inputs and outputs, plus a Moving Magnet phono input.

The MX180 is compatible with leading 3D surround sound formats including Dolby® Atmos, DTS:X® Pro, and Auro-3D® and comes with sophisticated RoomPerfect™ room correction technology to measure and adjust the audio output to compensate for room acoustics. 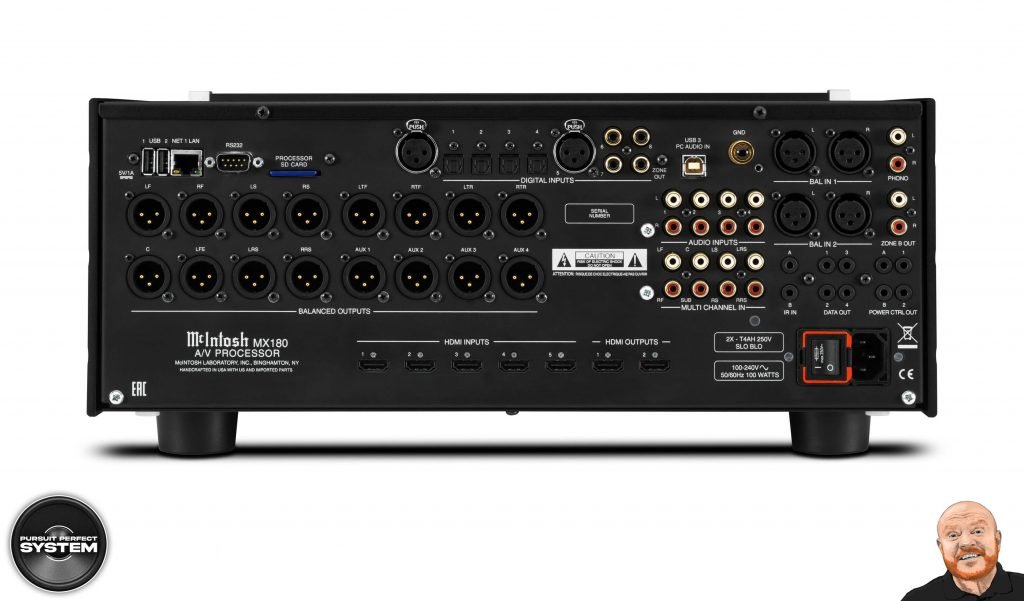 The MX180 features some of the latest analogue to digital convertor technology, plus all analogue and digital devices can be custom named to simplify system operation.

Volume levels can be matched and bass and treble controls offer further control. A two-channel Zone B output also allows the device to send audio to a second zone.

The MX180 utilises the latest processing power tech to run cooler than previous McIntosh home theatre processors, and benefits from a robust and simplified setup program that allows customisation based on specific home theatre and speaker needs.

Orders for the MX180 can be placed with authorised McIntosh dealers with shipping expected to begin in February 2022 (United States and Canada), and the rest of the world shortly thereafter, £21,995.