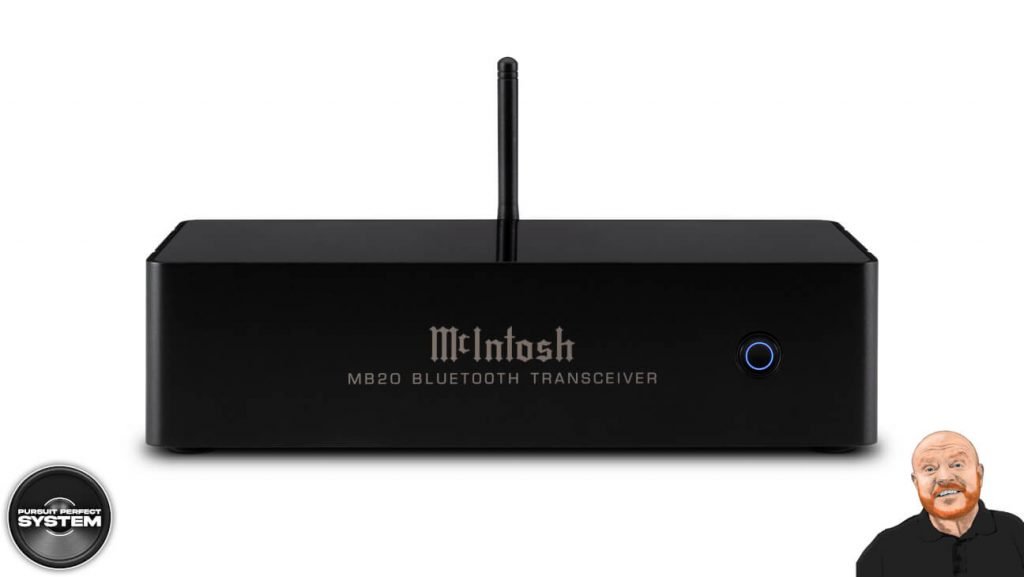 McIntosh, the global leader in prestigious home entertainment and ultimate-quality audio for over 70 years, is proud to introduce the MB20 Bluetooth Transceiver (£649).

The MB20 Bluetooth Transceiver is an easy way to add McIntosh-quality wireless Bluetooth® streaming to virtually any McIntosh (or non-McIntosh!) home audio system, from any era. The MB20 Transceiver modernises home audio systems, enabling them to not only go wireless, but allow music to be sent and received, all with the legendary McIntosh sound quality.

Used in receiver mode, music lovers can stream to the MB20 via Bluetooth from any compatible device, including smartphones, tablets and laptops. In transmitter mode, users can stream from the MB20 to any device capable of receiving Bluetooth streamed audio. In this configuration, users can wirelessly stream music from physical media, including CD and vinyl, to Bluetooth headphones and speakers in other parts of the home.

The MB20 has been designed to provide a superior Bluetooth connection and is a Class 1 device. It uses Bluetooth 5 and offers support for a wide range of transmission codecs, including the high bitrate Advanced Audio Coding (AAC) standard, as well as Qualcomm® aptX™ HD for Hi-Res Audio playback. It also features Qualcomm aptX Low Latency, for improved audio transmission speed to deliver sound in sync with applicable devices 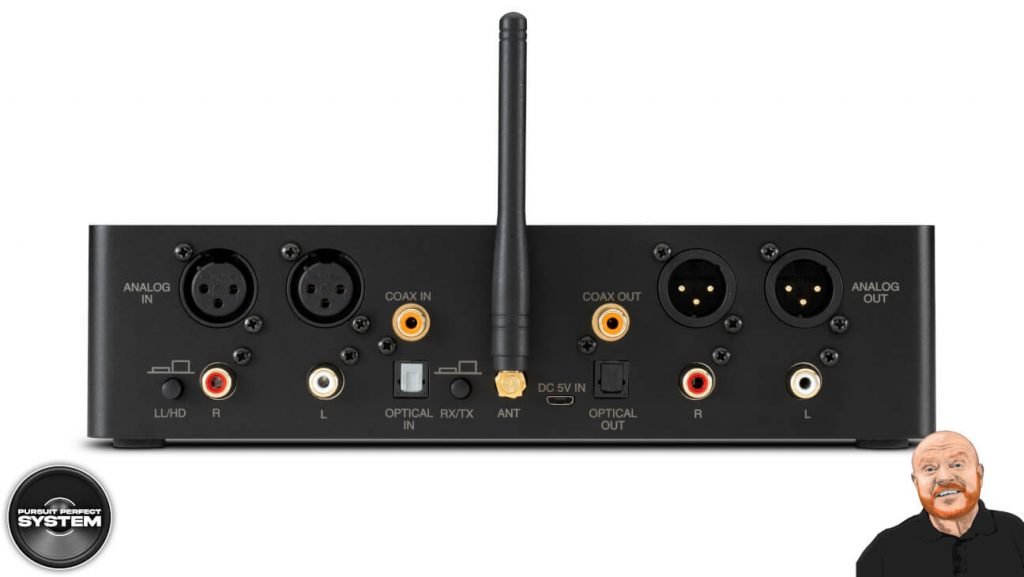 As a transmitter, the MB20 has a range 10x greater than a typical Class 2 Bluetooth device. It also employs an extremely sensitive receiver for better reception, even from Class 2 devices; an external antenna helps maximise the MB20’s range for even better performance.

When used as a receiver, the MB20 deploys a high-performance on-board 32-bit/192 kHz DAC. The device can also be used with existing DACs, too (the MB20’s digital output is then fixed at 96 kHz for compatibility).

The MB20 is also one of very few Bluetooth devices to offer audiophile-quality balanced connections (inputs and outputs), making it ideal for adding high-performance Bluetooth to high-fidelity home audio systems.

When in transmitter mode, the MB20 uses a high-performance analogue-to-digital convertor (ADC) with a 110 dB signal-to-noise ratio (SNR). The MB20 benefits from both coaxial and optical digital inputs and outputs for its DAC and ADC sections. A back-panel switch changes the device to the proper setting for the desired usage.

The MB20 comes in a black, custom-aluminium chassis with a black-glass top-panel to complement any existing McIntosh system. The MB20 is also compatible with any non-McIntosh home audio system with conventional inputs and outputs. It includes a wall-mount charger with adapters for some of the most common outlets used around the world. 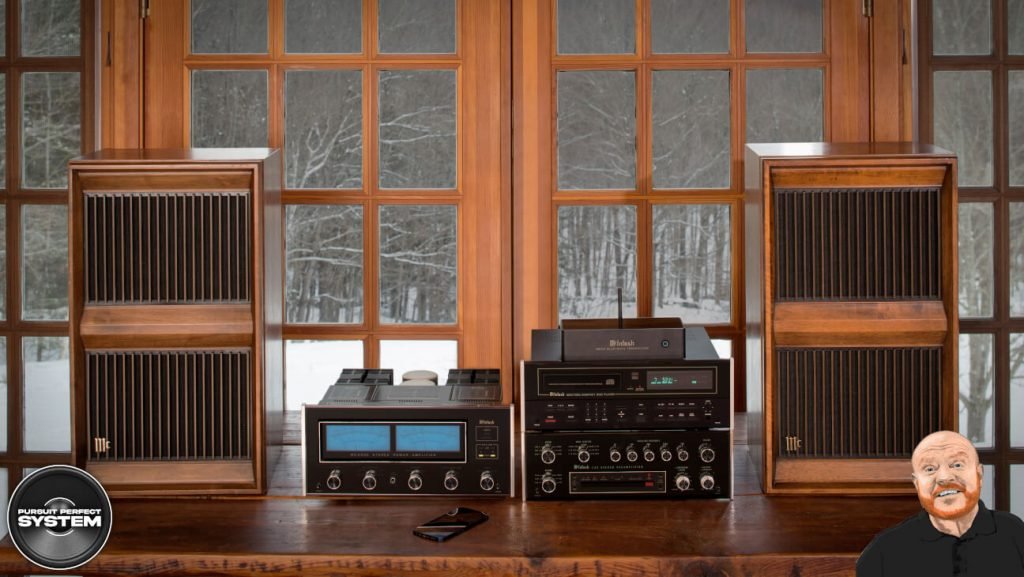 1. In receiver mode, stream to the MB20 via Bluetooth from any compatible device with Bluetooth streaming capabilities, direct to home audio systems.

3. With more than one audio system in the home (within range of each other), a third option is to add an MB20 to each system and set one to ‘transmitter mode’ and the other(s) to ‘receiver mode.’ Users could stream music stored on a physical medium, such as from a CD player or turntable, from one system to the other system(s) in the home.

Alternatively, for a high-performance audio link from one part of the house to another, two MB20s wirelessly connected could create a full wireless encode/decode bridge.

Orders for the £649 MB20 can now be placed with authorised McIntosh dealers. Shipping is expected in June 2021 (UK) and May (United States and Canada). 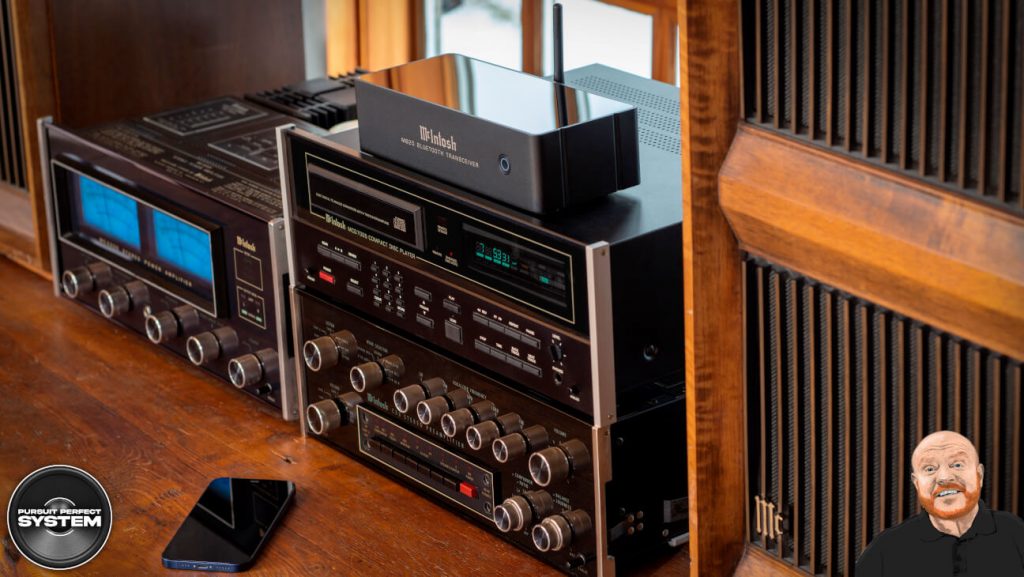