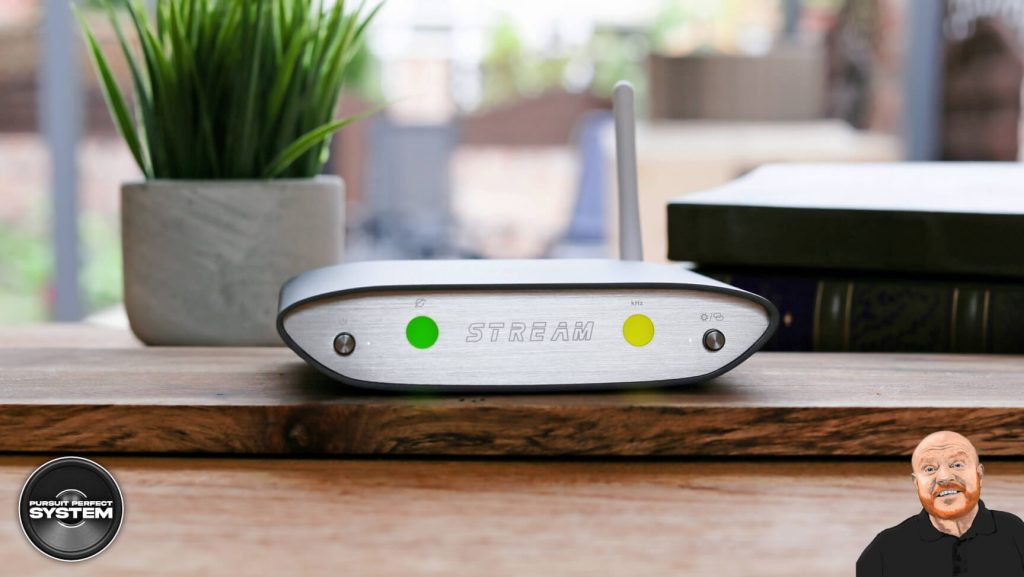 From mainstream smart speakers to specialised audio systems, digital streaming – often over a Wi-Fi network – has become the dominant method of listening to music at home. For those who care about sound quality, building a system from dedicated audio components remains the best route to sonic satisfaction – even in the streaming age.

There are various ways in which Wi-Fi streaming can be incorporated into an audio system. Amps with integrated Wi-Fi reception are available, as are dedicated audio streamers, many with onboard DACs –these serve the purpose of a traditional hi-fi source component, such as a CD player. But there are drawbacks – some solutions offer less-than-ideal sound quality, others lock you into a specific streaming platform or ‘walled garden’ system, while some specialised solutions are prohibitively expensive.

Enter the ZEN Stream: the latest addition to iFi’s award-winning ZEN Series of compact and affordable audio devices, designed to deliver flexible, high-quality network streaming to any audio environment. Described as a ‘Wi-Fi audio transport’, the ZEN Stream acts as a bridge between your Wi-Fi network and your audio system. It connects to a router via Wi-Fi or Ethernet cable, and outputs to an external DAC (or an amp with digital inputs) via USB or S/PDIF. Its open-source architecture makes it flexible and purpose-built hardware and software deliver excellent sound quality; and its price makes it an eminently affordable solution for high-performance network audio streaming. 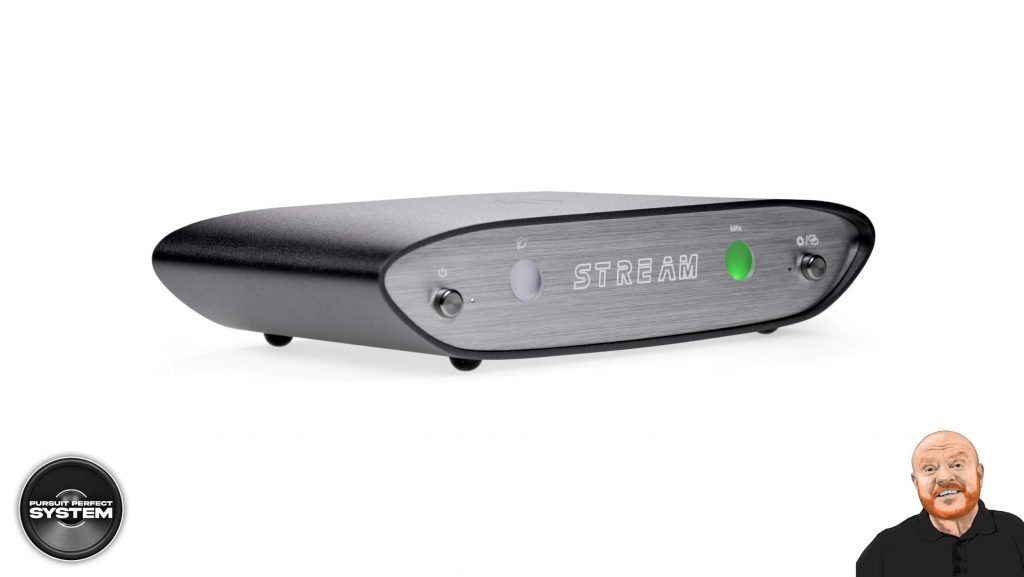 Many audio streaming devices lock users into a specific platform. That is not necessarily a problem, assuming the facilities on offer are in line with the user’s requirements and they are happy with the interface. But, if they want to select their preferred streaming platforms and apps without restriction, with the ability to adapt and evolve as requirements change, a device with an open-source architecture offers clear advantages.

One open-source solution that has been making waves in the audio streaming community is the Raspberry Pi – the well-known single-board computer, which can be used as a music streaming device. After all, an audio streamer is essentially a computer that combines hardware and software to perform a specific task. The Raspberry Pi is effective, inexpensive and not tied to a specific platform, giving the user plenty of streaming options. The flipside, however, is that the Raspberry Pi is complicated to set up and has not been designed and optimised for high-performance audio straight from the box.

The ZEN Stream offers the best of both worlds in one unique package. Its open-source architecture ensures the user is not tied to a specific platform or app, offering a wealth of options and the ability to add more via programmable firmware. Its Linux-based operating system offers exceptional flexibility, with the streaming community encouraged to work with iFi to create additional features to add down the line via OTA (Over The Air) updates.

Coupled to this flexibility is the fact that – unlike the Raspberry Pi – the ZEN Stream has been designed from the ground up for the sole purpose of high-quality audio streaming. The hardware has been built to deliver the best possible sound quality, working in perfect harmony with iFi’s in-house software development.

From the device drivers, to the kernel (the heart of the operating system), to the shell (which interfaces with the kernel), to the applications and the user interface, everything is fully optimised for seamless operation and excellent sonic performance. 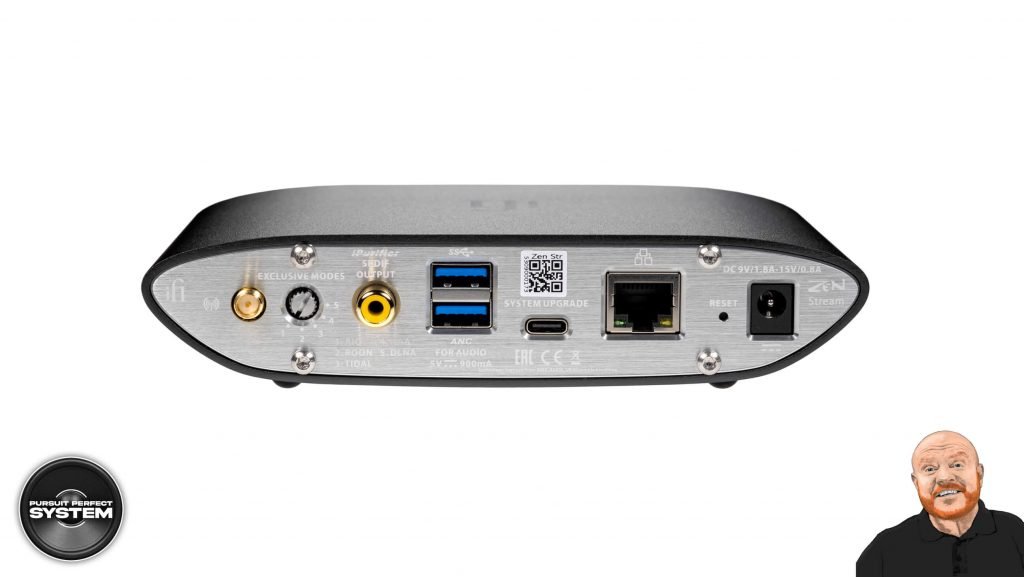 Superb sound, no matter how you stream

The ZEN Stream’s hi-res audio credentials are top-notch, supporting PCM up to 32-bit/384kHz and DSD up to 11.2MHz (DSD256) over Wi-Fi – highly unusual – as well as over Ethernet cable. There are multiple ways in which the device can interface with your music collection or favourite streaming service, depending on the user’s preference, and thanks to the ZEN Stream’s open-source architecture these will expand over time. Here are some of the options provided at launch: 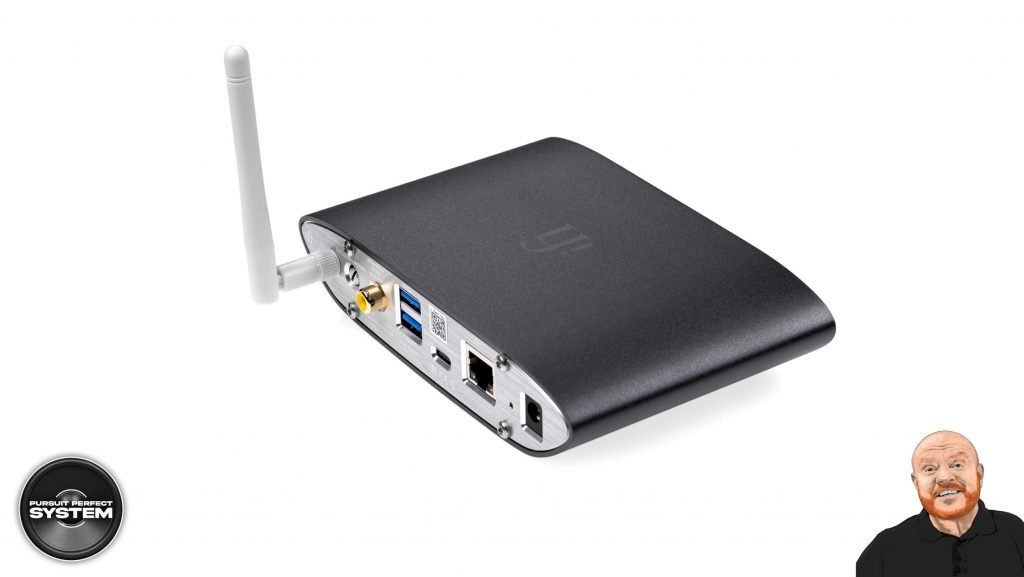 Outwardly, the ZEN Stream is encased in the distinctive dark grey aluminium extrusion that houses every device in iFi’s ZEN Series. Its silver-coloured aluminium faceplate sports two multi-colour LEDs –one to indicate internet/intranet connection and speed; the other to show the incoming audio format
and sample rate (these LEDs may be switched off if preferred). There are just two buttons: the power switch and a ‘hotspot’ button, the latter used to join a Wi-Fi network.

While there is no display other than the status LEDs, all information about the music being streamed will be displayed on the control app selected by the user. iFi has taken the decision that it is better to focus on performance and value-for-money, rather than increase cost by incorporating a display that would arguably be superfluous to the end-user Around the back, alongside the Wi-Fi antenna, reside an array of sockets and ports. Dual-band Wi-Fi reception supports 802.11a/b/g/n/ac for a fast, reliable wireless connection, while a high-grade Gigabit Ethernet port supplies a cabled network option of the highest quality.

The ZEN Stream’s circuit design has been painstakingly engineered to deliver superb sound, with processing muscle supplied by a quad-core ARM Cortex microprocessor. This is accompanied by carefully chosen circuit components including discrete, high-grade surface-mounted devices such as TDK C0G multilayer ceramic capacitors and inductors from Taiyo Yuden and Murata. Regulators with high PSRR (Power Supply Rejection Ratio), low idle current and low dropout voltage are used, together with a synchronous 1.5MHz high-speed power supply controller, further contributing to the ZEN Stream’s pure, distortion-free performance. As befits an audiophile-grade device, the ZEN Stream does not incorporate a noisy fan – instead, iFi has designed low-profile heatsinks to prevent overheating whilst maintaining the unit’s compact size. 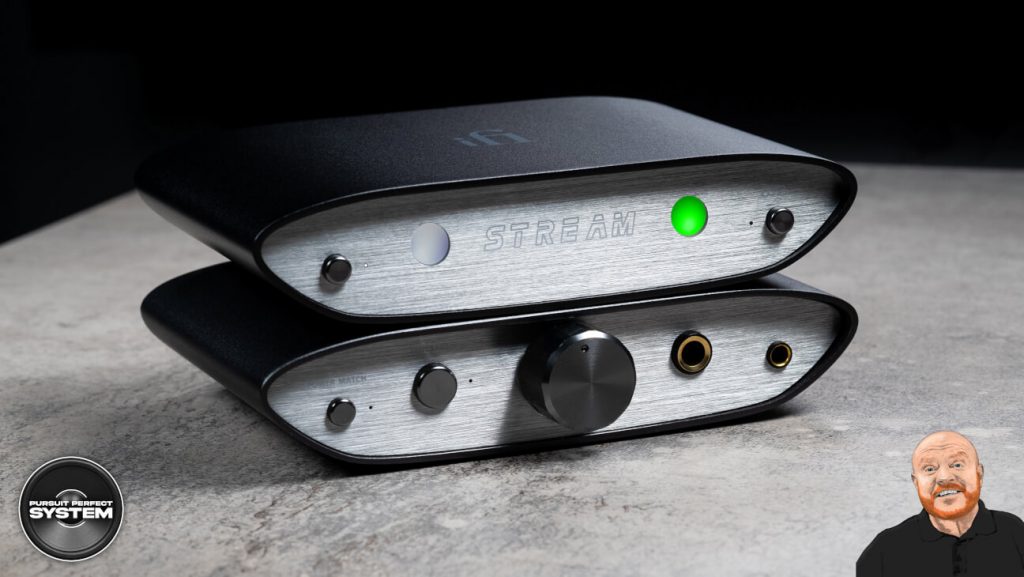 Because the ZEN Stream is a network audio ‘transport’, as opposed to a ‘player’ – it outputs a digital signal rather than an analogue one – it can be combined with whichever DAC (Digital-to-Analogue Converter) the user prefers.

An obvious partner is iFi’s ZEN DAC – an affordable, multi-award-winning USB DAC with balanced circuit design and the same 158x35x100mm aluminium enclosure. Version 2 of the ZEN DAC has just launched, with enhancements including a new 16-core XMOS chip to process incoming audio data and improvements to iFi’s GMT (Global Master Timing) clock circuitry. The ZEN DAC also incorporates a great headphone amp – which means the ZEN Stream/ZEN DAC combo makes a splendid desktop-size streaming system to use with headphones, as well as with an amp and speakers. Plus, you can upgrade the headphone amp by adding a further ZEN device, the ZEN CAN – this versatility is part of the ZEN Series’ appeal Fab and affordable