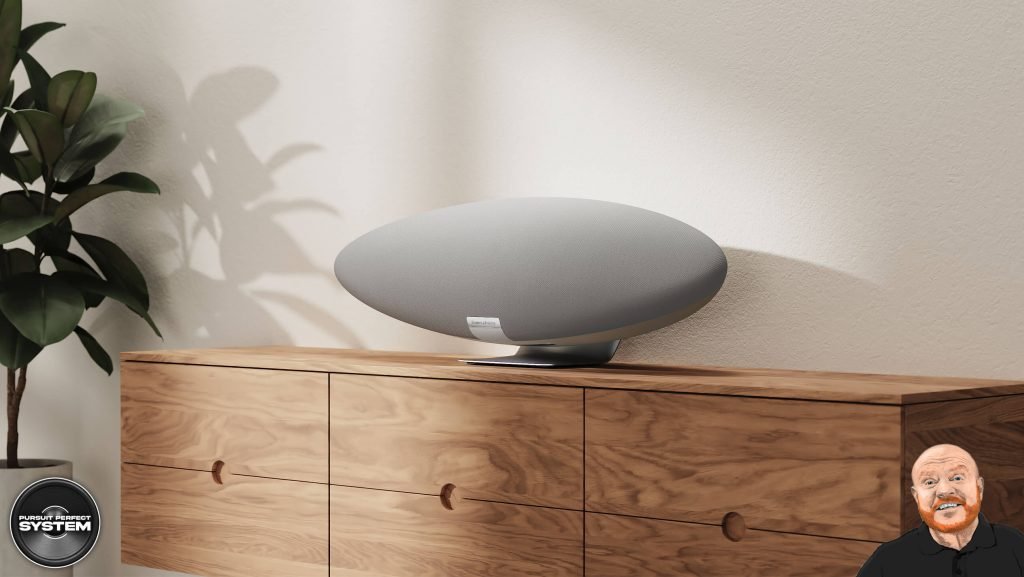 First introduced in 2007 as the ultimate iPod dock, the Zeppelin is reborn in 2021 better-sounding, better-looking and smarter than ever. The new Zeppelin has been re-imagined for the streaming age. It’s now both smarter and more flexible, while its high-resolution sound is more detailed and dynamic than ever.

Distinctive, innovative design
For over 15 years, each new generation of Zeppelin has been the only truly beautiful and unique design in its class – and, like every Bowers & Wilkins design, its shape is defined by acoustics. The new and completely redesigned Zeppelin is available in two finishes, one dark (midnight grey) and one light (pearl grey) and now includes switchable, dimmable ambient lighting to create a ‘halo’ lighting effect on to its metal pedestal stand. 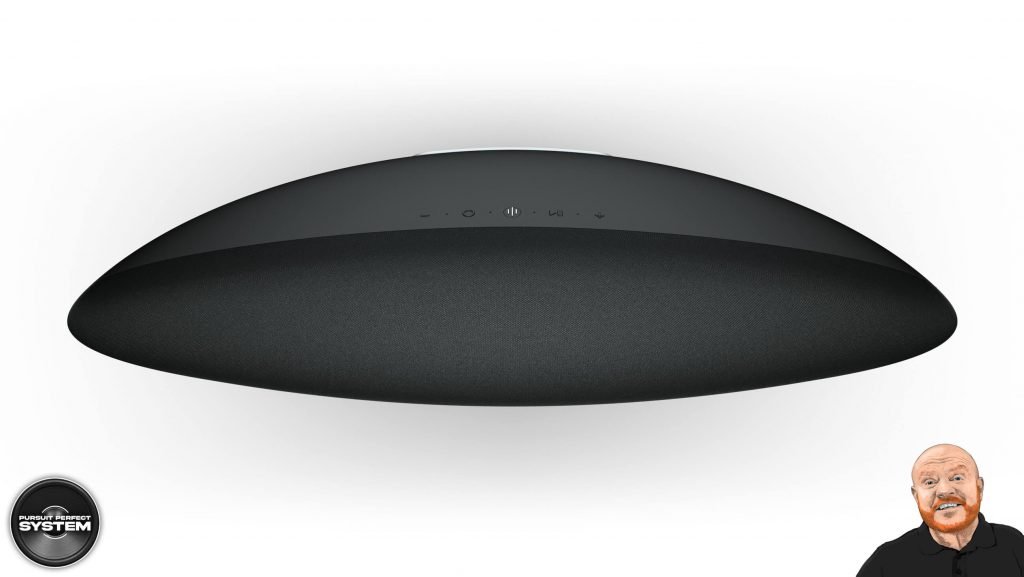 Engineered for performance
The new Zeppelin is a complete stereo system in one component, featuring dedicated left and right speaker assemblies around a central, large subwoofer, all powered by 240W of amplification. Those premium components are mounted in an ultra-rigid, FEA-optimised enclosure that is carefully sculpted to ensure the best possible acoustic performance, with minimal material around the edges of each drive unit for outstanding sound dispersion. The result is room-filling stereo sound no single-box rival can match.

The new Zeppelin’s two Decoupled Double-Dome tweeters – originally featured in the award-winning 600 Anniversary Series – are mounted at the far edges of the enclosure and are fully isolated from vibrations running through the cabinet generated by other, larger drive units. This ensures a wide, spacious and highly accurate sound.

The tweeters are paired with 90mm midrange drivers using Bowers & Wilkins proprietary Fixed Suspension Transducer (FSTTM) technology – found in all the company’s premium floor-standing speakers, including the reference 800 Series Diamond, the monitor speaker of choice for Abbey Road Studios.
Finally, a new 150mm subwoofer is on hand to add deep, detailed and refined bass to the open, high-resolution sound of the combined system. Mounted centrally at the heart of the Zeppelin’s structure, its design is carefully optimised to avoid unwanted ‘rocking’ of the cabinet as it operates, resulting in a cleaner-sounding and more agile bass delivery.

Every generation of Zeppelin has been the best-sounding system of its era. The new Zeppelin, by combining proven drive unit technology with its new high-resolution streaming platform, is simply the best yet. The overall result is an exceptional musical performance whether from a wirelessly connected source or via a streaming service 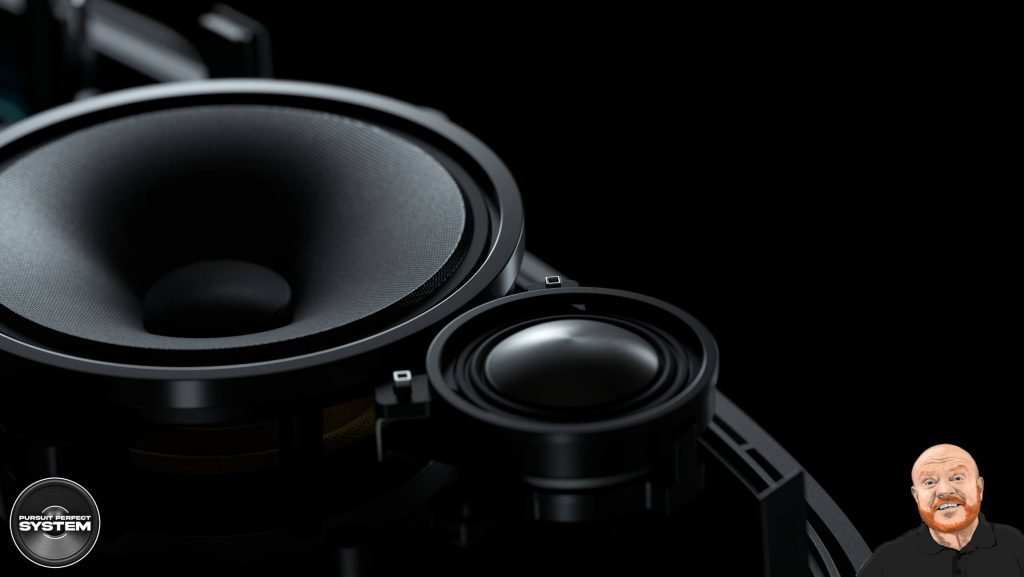 The Music You Love, Instantly
If you want to stream music from your mobile device, tablet or computer, the new Zeppelin includes both AirPlay 2 and aptX Adaptive Bluetooth, making it suitable for both iOS and Android users. Spotify fans can enjoy the convenience of Spotify Connect, ensuring both high-quality sound and convenient, easy operation. And best of all, the new Zeppelin can also be controlled via the Bowers & Wilkins Music App, which gives instant access to a host of streaming services including Deezer, Last.fm, Qobuz, Soundcloud, TIDAL and TuneIn. More services are being added regularly.

Connected, Smart, Intuitive
The new Zeppelin offers Alexa built-in: no need for any external components. Simply ask for the song you want to hear, and your Zeppelin will oblige. If you prefer, your Zeppelin can be operated by physical buttons on the top rear of its elegant enclosure.

Finally, the new Zeppelin has been engineered to last. Its powerful digital ‘brain’ can be upgraded over time, with multi-room capability planned for introduction in early 2022. That will make the Zeppelin compatible with both other new Zeppelins in a multiroom environment or, if you prefer, a multiroom system based on Bowers & Wilkins own Formation range of high-resolution wireless speakers. 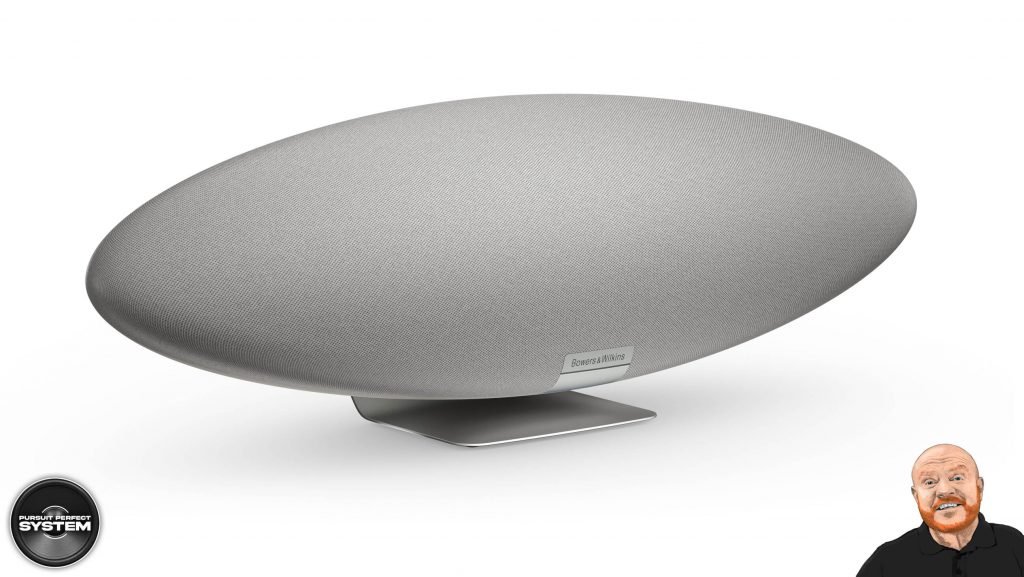 The Beauty of Sound
So, the Zeppelin is reborn, better than ever in every regard. With the new Zeppelin, you no longer have to choose between a fully featured wireless speaker with the streaming services you need and a sleek, sophisticated design with the room-filling sound you want. Now, you can have both. 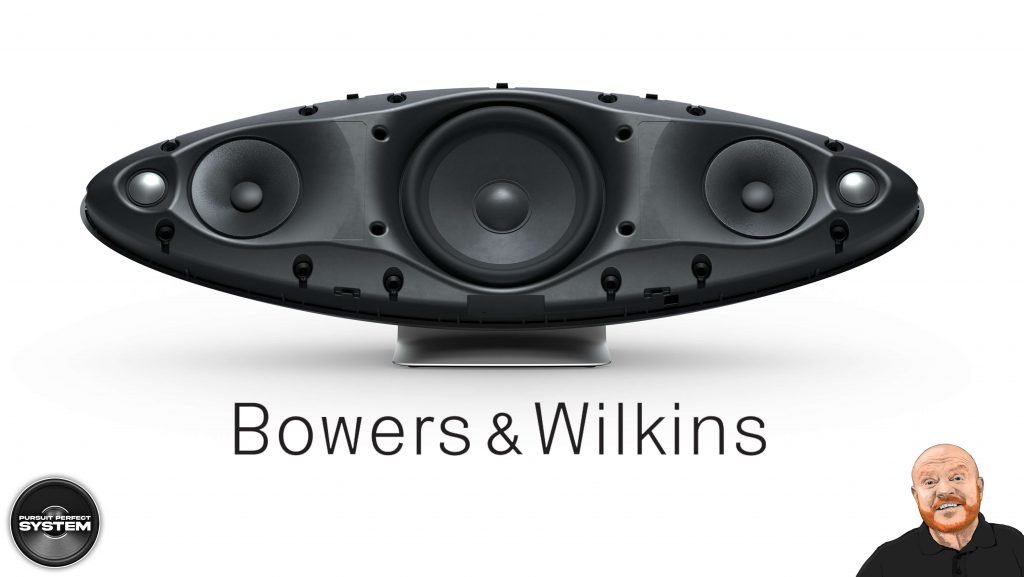