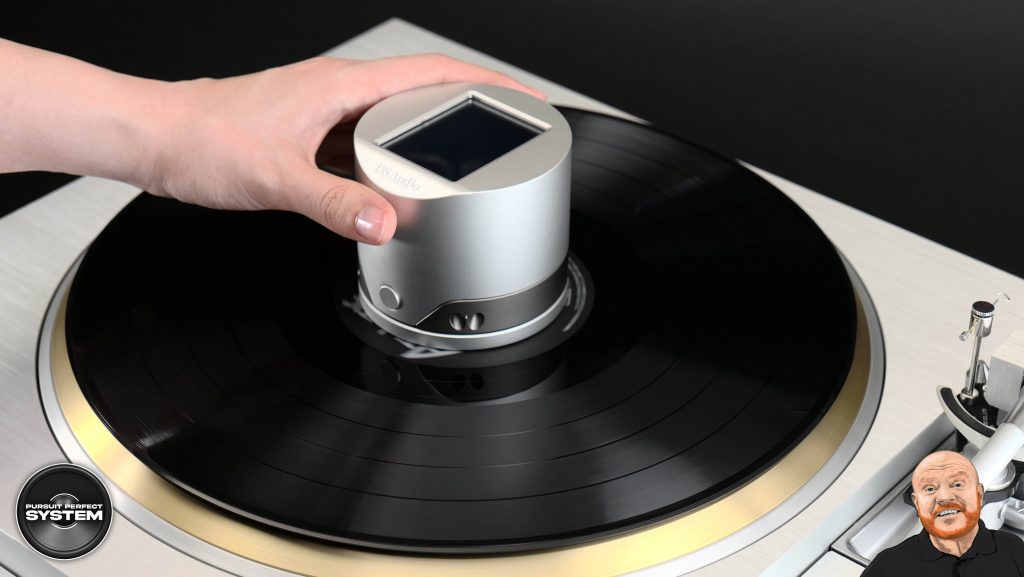 DS Audio’s strapline, ‘Creating the future of analog music’, is an entirely appropriate one, backed up by fact. In 2013, the company pioneered a world first, using state-of-art optical technology to relaunch a ‘legendary’ optical cartridge last seen in the 1960s. Back then, the design was hailed as a revolution in high fidelity, but unfortunately it proved too difficult to manufacture because the requisite precision mechanisms and sophisticated optics did not yet exist. So, in 2013, DS Audio reinvented them. The revolution in high fidelity began again, and DS Audio’s small but growing range of optical cartridges have since won multiple major awards worldwide and have been described by reviewers in terms of ‘best ever’.

Now, the company has turned its attention to an issue that can get in the way of ‘best ever’ sounding vinyl, that of the eccentricity of vinyl records. Obviously we’re not talking about the quirkier end of our musical tastes here. Rather, this is a question of an aspect of a record’s physical production that has an impact on your turntable’s rotational speed. Put simply, the speed-stability performance of a record depends on a number of parameters in the pressing of the vinyl.
Take for example the positioning of the stamper plate, which creates the record’s groove (which is of course different for each of sides A and B), and also the spindle hole at the centre of the record. While both are very precisely stamped and cut, neither can ever be ultra precise in the way that, say, a hard metal can be precision-machined – simply because in this case, we’re dealing with a lump of vinyl.

The upshot is that most records rotate very slightly eccentrically, but even this very slight variation makes an audible difference to the sound – a difference you may only notice once you hear its absence.

“The overall ‘wow and flutter’ (speed error) of one’s entire system cannot be significantly reduced unless the eccentricity of the record is corrected,” says DS Audio’s Tetsuaki Aoyagi. To make the point, he gives a measured example. “With an eccentricity value of, say, 0.34mm, even if there is no inherent wow and flutter produced by the turntable in use, it reaches around 0.15% on the innermost grooves of the record’s playing surface. In reality, however, the average speed error of even the highest quality turntables is around 0.008%, so these factors combined can result in an overall wow and flutter value that audibly affects sound quality. In order to faithfully reproduce the source material, it’s therefore imperative to reduce a record’s eccentricity as much as possible.” 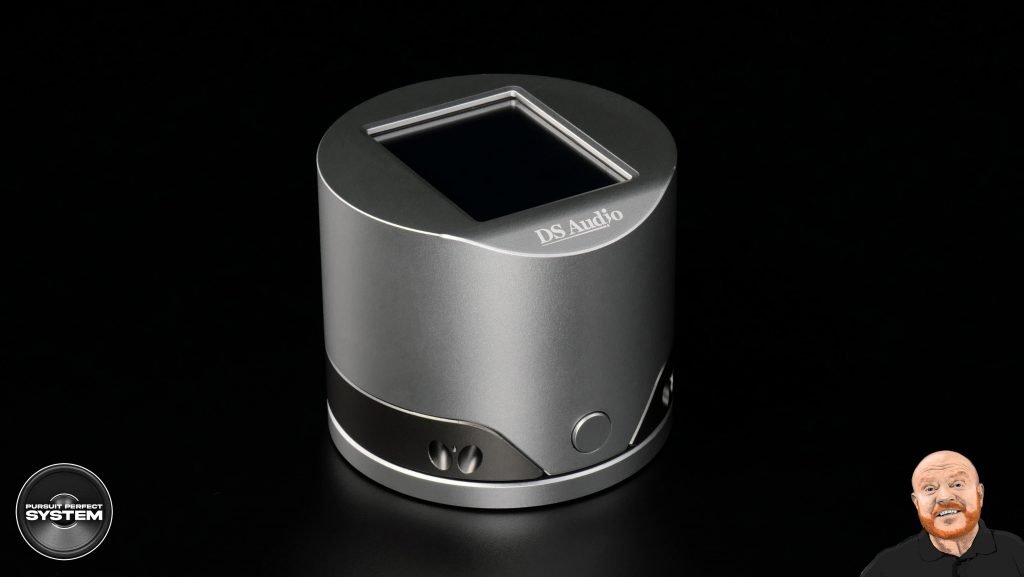 Are wow and flutter really such a big deal?

Excessive wow and flutter present two problems, explains Aoyagi. “First, the unstable rotation causes fluctuations in pitch across the whole frequency range. Second, the cartridge and tonearm are forced to sway from side to side as they follow the groove, impairing the stylus’ ability to accurately track the groove and resulting in a muddy sound with an unstable sonic image. As a result, the full potential of even the highest quality system will not be experienced by the listener unless the record’s eccentricity is corrected.”

The ES-001: two simple steps
The ES-001 is designed to address the problem by measuring, and then correcting, the record’s rotational stability. First, it projects a light onto the run-out groove to measure variation in speed stability. Second, it guides you to adjust the record’s position so that it is perfectly centered and there is no more eccentricity. Simple and effective! The ES-001 is another ‘world first’ from DS Audio (patent pending)