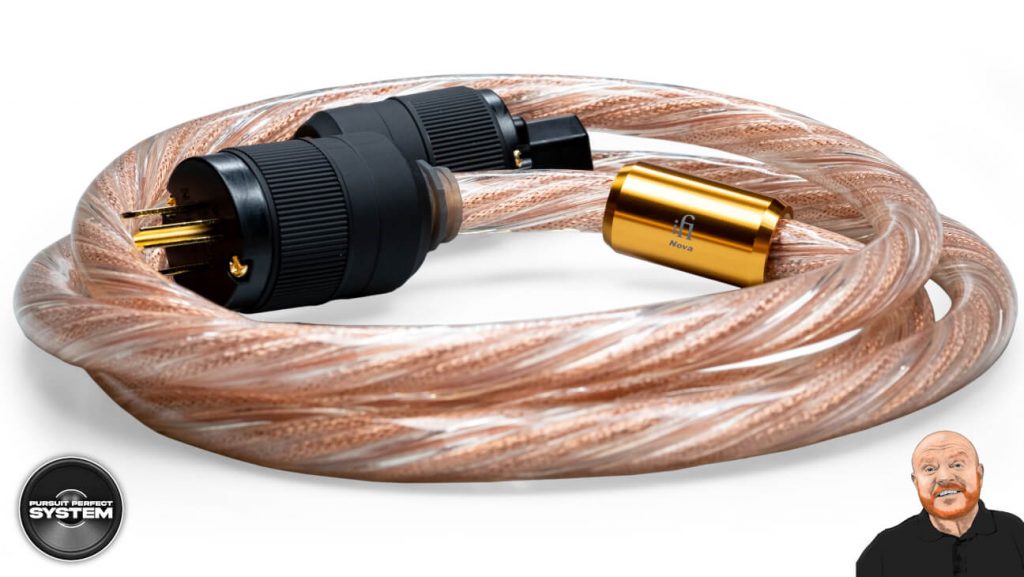 Alongside its award-winning collection of audio devices for home and portable use, including class-leading DACs and headphone amps, iFi Audio makes a range of accessories to tackle common issues that affect the performance of audio systems. The prime objective is to reduce noise in the audio signal which may be engendered in various ways, from problems caused by USB interfaces to issues with mains electricity.

iFi’s latest collection of specialised ‘audio enhancers’ deals specifically with mains-related noise. The all new SilentPower range consists of four products at launch: the DC Blocker, the GND Defender and a pair of IEC power cables called Nova and SupaNova.

These two little devices look similar – they both measure 68x37x32mm – but they are designed to tackle different problems that can result in an audible hum. They connect to the power inlet at the rear of any audio component, with the user’s power cable attaching at the other end. They can be used individually or together, depending on the issue(s) the user is attempting to solve. 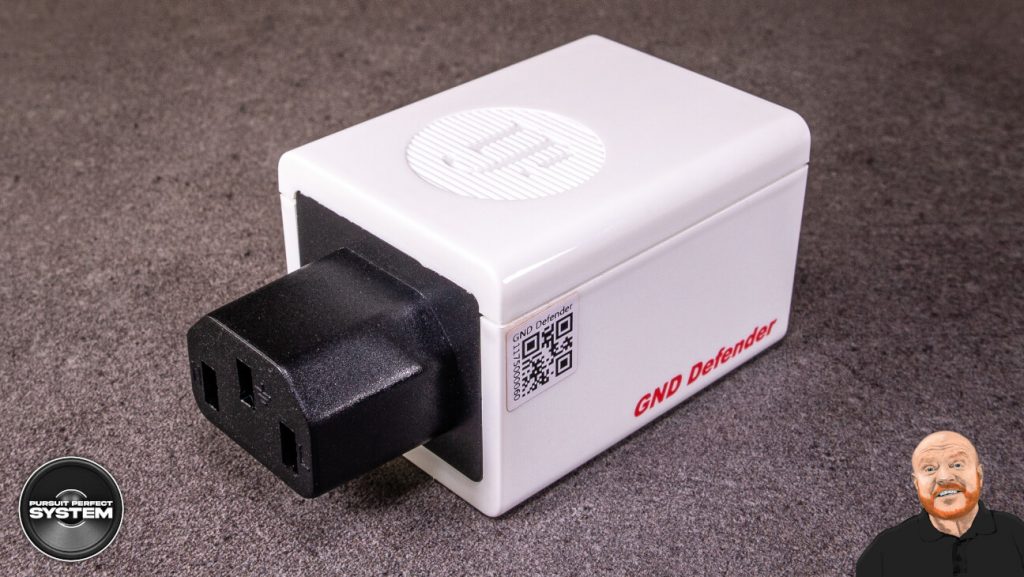 The DC Blocker is a neat, effective solution to ‘DC on the mains’ – a problem well known to affect the performance of audio equipment and a significant cause of irritating transformer hum. In theory, the electricity we draw from the sockets in our homes should be pure AC, with a perfectly symmetrical sine wave alternating between positive and negative phases. However, this AC voltage is affected by small amounts of DC voltage, present in the mains supply for reasons that are many and varied – this can cause the AC waveform to become asymmetrical, an effect known as ‘DC offset’.

The AC transformers commonly used in home audio equipment cannot tolerate the presence of significant levels of DC voltage without being compromised. Less than 500mV of DC – typical in an average household electricity supply – can be sufficient to cause toroidal transfers of the kind often found in amplifiers to become saturated, which adversely affects sonic performance and may also cause an audible mechanical hum.

The DC Blocker is capable of cancelling more than 1000mV of DC voltage, thereby correcting the DC offset and rebalancing the AC sinewave. It does this ‘intelligently’, adjusting its performance according to the level of DC detected. This solves the problem of transformer hum caused by DC on mains and helps
to optimise the sonic performance of any audio component to which a DC Blocker is connected. 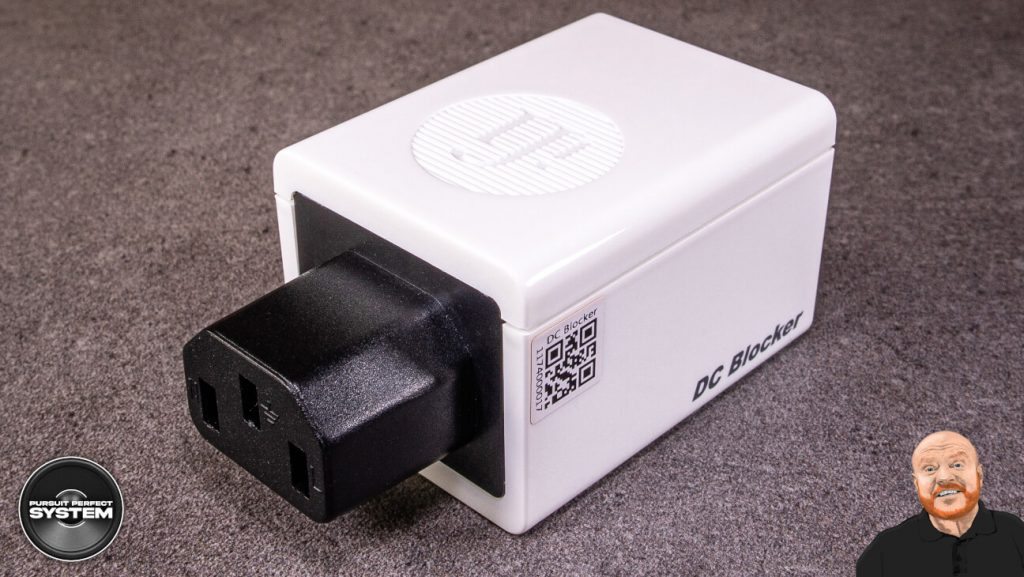 If you can hear a hum or buzz through your speakers, it is likely that you have a ground loop problem. This occurs when two or more audio components in a system are connected to a common ground (or earth) point via different paths – for example, if two different wall sockets on the same circuit are used to power different components in a single audio/AV system in which the components are connected via electrical (as opposed to optical) signal cables.

If a problematic ground loop exists, the GND Defender resolves the issue by disconnecting the loop running through the connected component. By using one or several GND Defenders in a hi-fi system, the user can ensure that all components are connected to a common ground via a single path, eradicating the resulting hum through the speakers. Interference caused by ground loops can also affect picture quality in AV systems, resulting in issues such as visible scrolling bands. The GND Defender will help to solve this problem, too.

Both the DC Blocker and GND Defender are constructed so that they do not compromise the RFI/EMI shielding or filtering that may be offered by the connected power cable or filtering device further upstream. They are solidly made, their casing has a high dielectric rating and they surpass the highest safety standards. And, with a voltage rating of 90V to 240V, they can be used all over the world 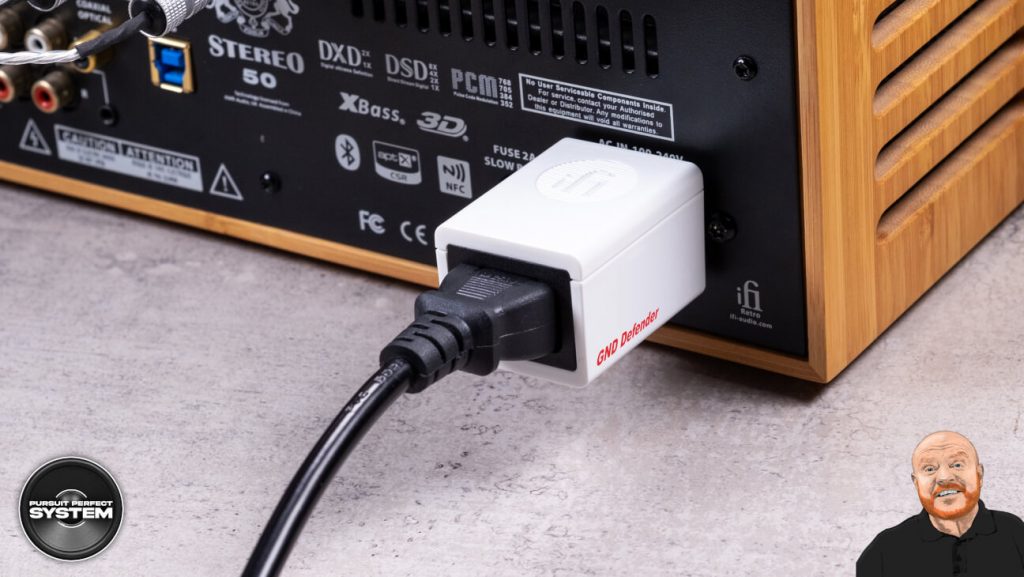 iFi has made a number of clean-power products in its nine-year history to date, but these did not include an IEC mains cable for home audio components – until now! The Nova is a specialised power cable with a high-end construction that belies its affordable price point, delivering a serious upgrade over standard
mains leads that imbues sound with greater clarity, space and definition.

The Nova incorporates five conductors, each made from heavy-gauge, continuous-cast OFHC (Oxygen-Free High thermal Conductivity) copper. Two pairs of live and neutral conductors are arranged either side of the grounding (or earth) conductor, which is positioned at the centre of the cable. This geometrically balanced configuration causes the magnetic fields generated by the live and neutral conductors to cancel each other out perfectly, ensuring the grounding conductor is unaffected by residual magnetism and unwanted induced voltage – iFi calls this design Ground Zero.

A further pair of air-dielectric delineators – polymer matrix tubes filled with air – are arranged either side of the earth conductor, keeping the two pairs of live and neutral conductors apart whilst improving the cable’s overall dielectric performance and constructive solidity

Each individual live and neutral conductor sports multiple layers of insulation and shielding. First, a dielectric made from a polymer matrix is extruded over the OFHC copper conductor. Surrounding this is an oxygen-free copper shield. And covering the shield is a further layer of polymer insulation. These individually shielded conductors, plus the air-dielectric delineators, are twisted in a circular helix around the central, untwisted grounding conductor, itself wrapped in polymer insulation – this twisted arrangement further aids RFI/EMI rejection. The cable is completed with a tough yet flexible polymer outer sheath and iFi’s audiophile-grade connectors, with oxygen-free copper conducting pins coated in tarnish-resistant 24ct gold.

The result of this sophisticated mix of materials and construction is a power cable offering constant impedance and superior rejection of EMI/RFI, maintaining the purity of mains electricity feeding each component in an audio or AV system. While the effect of this cable on sound quality is significant when used on its own, it combines brilliantly with iFi’s PowerStation mains-conditioning bar – the PowerStation filters out common mode and differential mode noise from the mains supply, while the Nova maintains optimum purity right through to the connected component 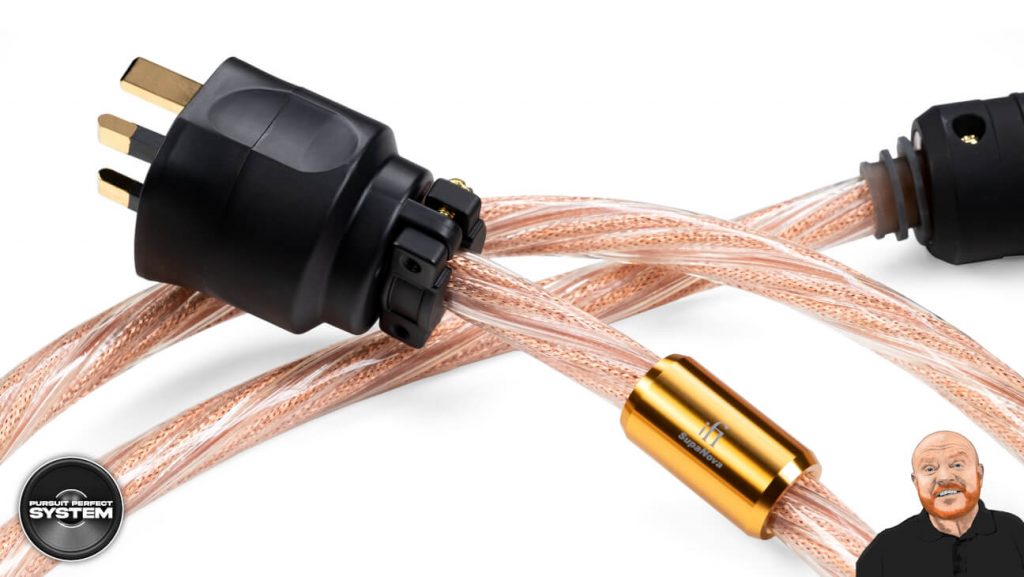 The SupaNova active power cable takes the Nova and adds a cylindrical housing part way down its length. This cylinder contains Active Noise Cancellation II – the latest version of iFi’s proprietary noisebusting tech – in combination with advance-filtering components. Most power-conditioning products engage passive noise reduction through a selection of filters and regulators. While this can be effective, it has inherent disadvantages compared to iFi’s active system, which uses inverse noise current to cancel out the noise in the mains signal. The way this works is comparable to the technology in noise-cancelling headphones.

Noise in the mains supply occurs at different frequencies, depending on the cause. Passive noise reduction systems are effective at the top end of the frequency spectrum but often less so at lower frequencies. In addition, passive systems need large capacitors to be truly effective, which make the best such products bulky and expensive. iFi’s Active Noise Cancellation II technology enables a power conditioning device that is highly effective at reducing noise consistently across the entire frequency spectrum yet sufficiently compact and lightweight to position within the mains cable itself.

By combining the Nova’s sophisticated construction with Active Noise Cancellation II, iFi has delivered a do-it-all clean-power cable solution that delivers  optimised power to individual audio/AV system components without the need for a separate mains conditioning device. Sonic improvements delivered by the SupaNova power cable include greater clarity and definition, plus enhanced dynamic and spatial qualities, avoiding the apparent softening of leading edges, timing and dynamics that can occur with lesser mains filtering products. 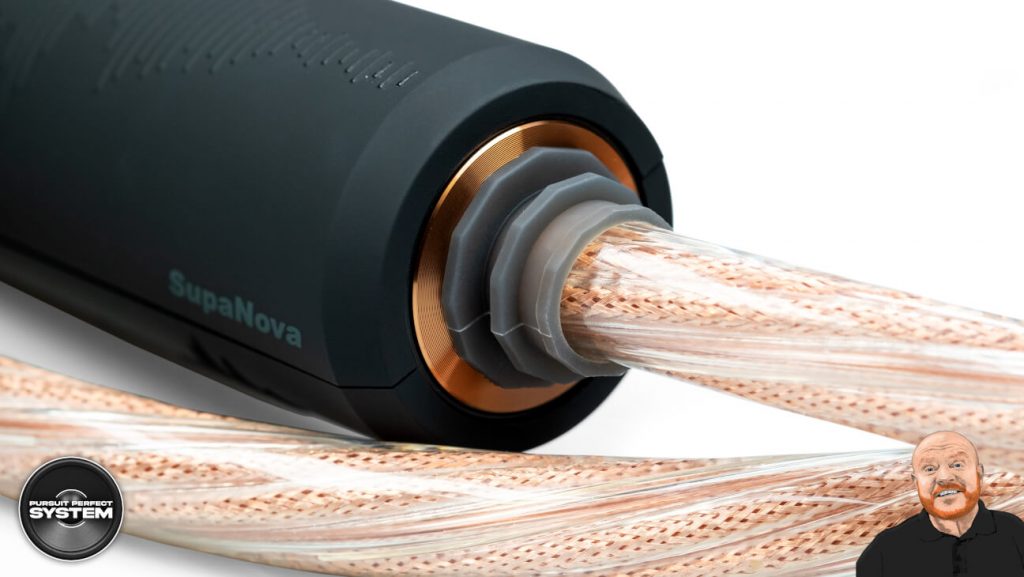 iFi’s SilentPower range begins launching this month. The DC Blocker and GND Defender are available
now, while the UK-plug versions of the Nova and SupaNova arrive in July.