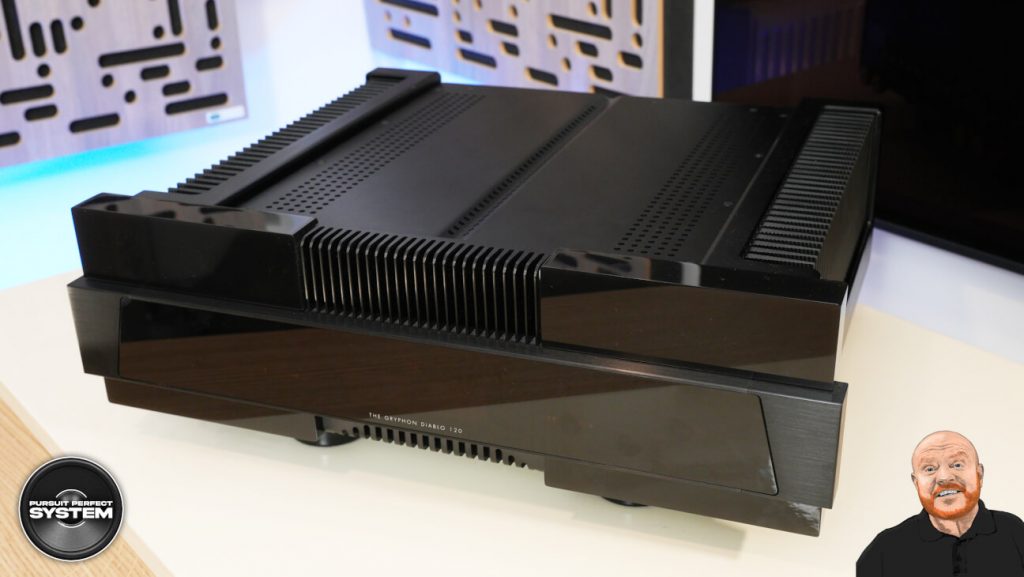 Even as a reviewer who has seen his fair share of high end amplifiers its always a special thing to have a Gryphon in your HiFi System and even the “Entry Level” Gryphon the Diablo 120 is no exception.

Gryphon Audio Designs are a company synonymous with ultra high end HiFi manufacturing and in 2021 they offer a very wide array of products that covers pretty much a full system from source to speaker including cabling and racks.  Putting “ultra” high end into better perspective the Diablo 120 is Gryphon’s entry level amplifier and it costs £9450, that’s entry level for Gryphon (far from entry level in general) which is partly why I said its always special to have a Gryphon in your system. The inevitable flip side of this is expectations of Gryphon products are always sky high and probably higher because they manufacture HiFi at a level totally aspirational and beyond for most of us.

My expectations of the Diablo 120 were admittedly unfairly high coming into this review made worse by my extremely positive experience of the Diablo 300 amplifier which is still the best integrated amplifier I have reviewed to date. 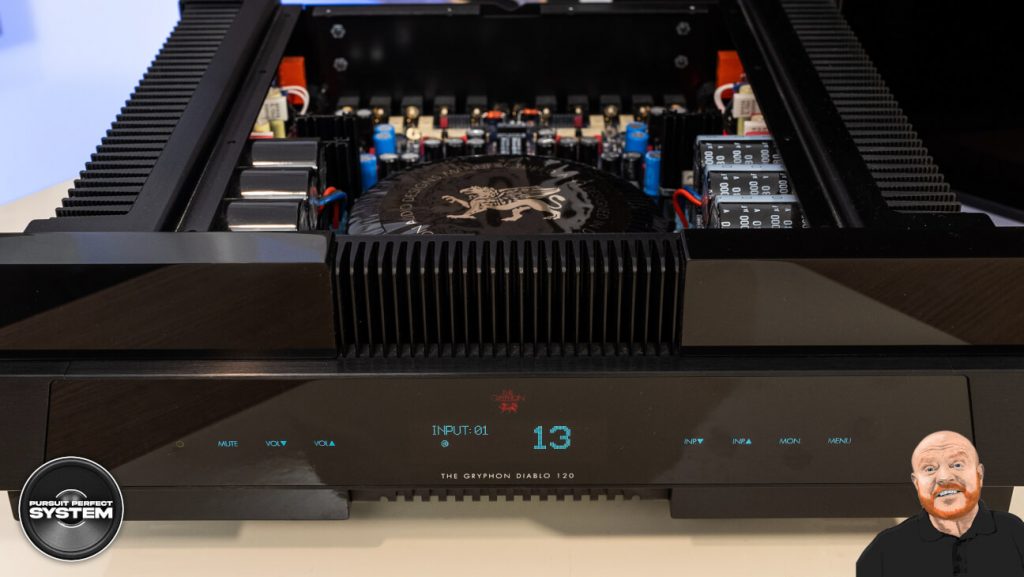 The Diablo 120 looks very similar to the 300 albeit smaller, not as tall and not as heavy but still heavy, and not nearly as powerful but still powerful.

But lets be real here 120 Gryhpon watts into 8 ohms is still ample for a lot of speakers so its reasonable to expect that the Diablo 120 would sound like the 300 just with less power that we might not need anyway. Which means if we don’t need that power maybe we can save £4000 and buy the Diablo 120 instead of the Diablo 300.  Unfortunately I dont think its that simple because despite the two having a lot in common both inside and out I think thy are really quite different beasts as amplifiers and I think will suit very different audiophiles and different systems and tastes. Don’t get me wrong there is some very obvious common ground between the two but some key difference between them really stand out.  I think there will be Audiophiles that will prefer the Diablo 120 over the 300 because of how its sound better balances with their system.  I really like the Diablo 300 for its ultra transparent and brutally honest powerful sound with immediacy and resolution, it worked great in my very heavily acoustically treated listening room with the KEF Reference 3 speakers.

However I can see that in a different set of acoustic circumstances or just with different speakers and components an amplifier that sounds darker in the treble and fuller and warmer in the mid range and bass, a little tube amplifier like will balance that system better.  If the latter sounds like an amplifier that would work for you in your system  I have great news for you, you maybe can save £4k and buy the Diablo 120 instead of the 300 – maybe! 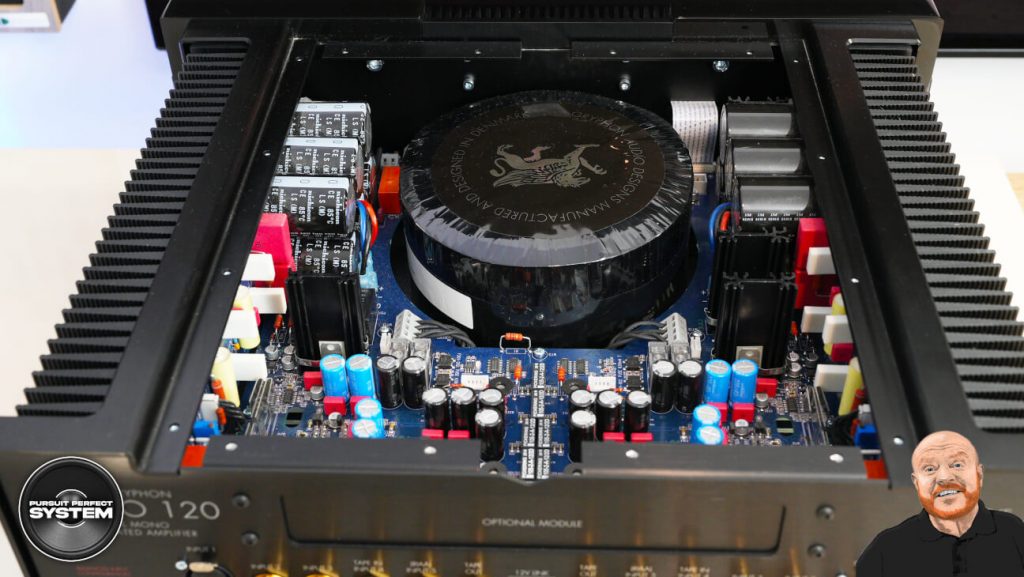 The Sound and the Right Speakers

My first impression of the Diablo 120 was just how dark or how black its background is, it’s the first thing I noticed like something had been removed from the music that wasn’t supposed to be there and I was trying to remember back to my time with the Diablo 300 to see if the amplifiers have this in common or if its just the Diablo 120 and part of why it sounds like it does.  Its possible they are both like it, but I dont recall this from the 300 but its definitely a lasting first impression for me of the Diablo 120 and the other will be the bass.

The bass from the Diablo 300 is like a tightly clenched fist, very to the point, very precise, very fast, very powerful. The Bass from the Diablo 120 is more like a relaxed clenched fist so there is a similar amount but its not as tight, it’s a bit thicker, more rounded which makes it seem slower, but I think that could be an illusion or a mis perception.  I think the Diablo 120’s bass has a bouncy character, a voluptuousness that can be more cuddly in its nature which I am sure technically is not as good as a tight bass but may suit your speakers, room and taste better. If there is going to be any “fat” on the sound of a HiFi system then I am ok with it being on the bass and the vocal a little maybe but definitely not treble.

This is the interesting thing with the Diablo 120 its treble delivery is the opposite to the bass, the treble is darker and noticeably more laid back which depending on the speakers may or may not be great. I liked it less with the Marten Oscar and Parker Duo, but liked it more with the Audio Physic Avanti 35 and mostly with the Bowers 705 Signature. In fact the treble liveliness of the Bowers I think balanced great with the Diablo 120 to create a tall and open sound with a very nice sense of treble smooth immediacy. 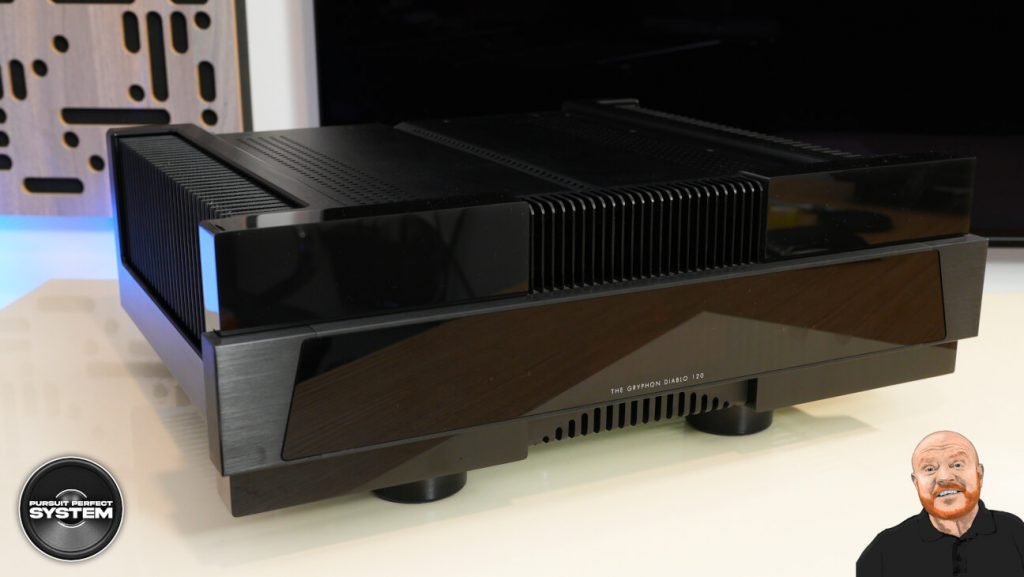 A Gryphon that sounds a little “tubey”

The mid range and vocal delivery from the Diablo 120 was pretty consistent across all the speakers I tested them with but without a doubt my favourite delivery was from the Bowers 705. Bold clean vocals with plenty of meat on the bones and real guts to how they sound. For me good vocals totally hinge on the speakers ability to deliver a correct bass foundation to provide fullness that makes them sound natural and also the treble to make them sound crisp and cut through with or without hardness or harshness. Its no surprise to me I preferred the vocals of the Diablo 120 and the balance with the Bowers 705 Signature speakers because the amplifiers vocals are a little tube amplifier like, they are not chiselled out in stone instead they are presented a little looser, a little bit more relaxed, a little bit thicker and warmer and a little more tube like. You think chiselled out in stone would always be better and I am sure technically it is, but as an example listening to Amy Winehouse Live in London Album streaming from Qobuz through the Diablo 120 and the Bowers 705 Signature the warmer, bouncier less carved out in stone sound made that very much less than perfect sounding album a real head nodding, foot tapping event to listen to.

This balance is great for lots of styles of music, I really enjoyed listening to various dance music, R&B, soul and even rock music which had a nice amount of intensity with smoothness and quality.  Gryphon told me the Diablo 120 is a very “musical” sounding amplifier but I wasn’t fully appreciating it with some speakers because of the balance but with others I was and I think there is something in that to take away.

But what does it all mean

Price aside the Diablo 120 is a more every Audiophile amplifier than the 300 is, because its smaller, less heavy, produces less heat so its easier to accommodate into more real world listening rooms and it costs a fair chunk less. You can have a Gryphon DAC and or Phono stage fitted inside and if it’s the same DAC as what's installed in the 300 if you choose the option which I think it is, it’s a very lively and live sounding DAC that I think would work really well with the sonic character of the Diablo 120 maybe even better than the 300, this is an educated guess but I thought worth mentioning.

Its impossible not to love the build quality of Gryphon amplifiers, there is something special about them, from the dinner plate sized transformers to the connections layout on the back everything feels quality and just perfect, built like a tank comes to mind. The overall look is very masculine and I love the styling its distinctive and means business

But do I love the Diablo 120, its not really important if I love it or not, what’s important is you know what its sounds like to help you decide if you might love it. Being brutally honest I didn't love it as much as I did the Diablo 300, put simply it hasn’t had the same impact on me as the 300 did. But had I not reviewed the Diablo 300 I could feel very different right now because the Diablo 120 has been growing on me and as I used it with different speakers I could start to appreciate what systems and or rooms or just Audiophiles tastes it will suit. If you have a system that is a bit hot in the treble, or too lean sounding in the bass and you want more solidity and fulness and bass richness or you just want to warm things up you may think the only option is a tube amplifier, but its not the only option.  The Diablo 120 is one to consider because you still very much get a Gryphon sound which anyone who has heard one will know what I mean by the phrase clean and "ballsy" power, really "big balls" actually 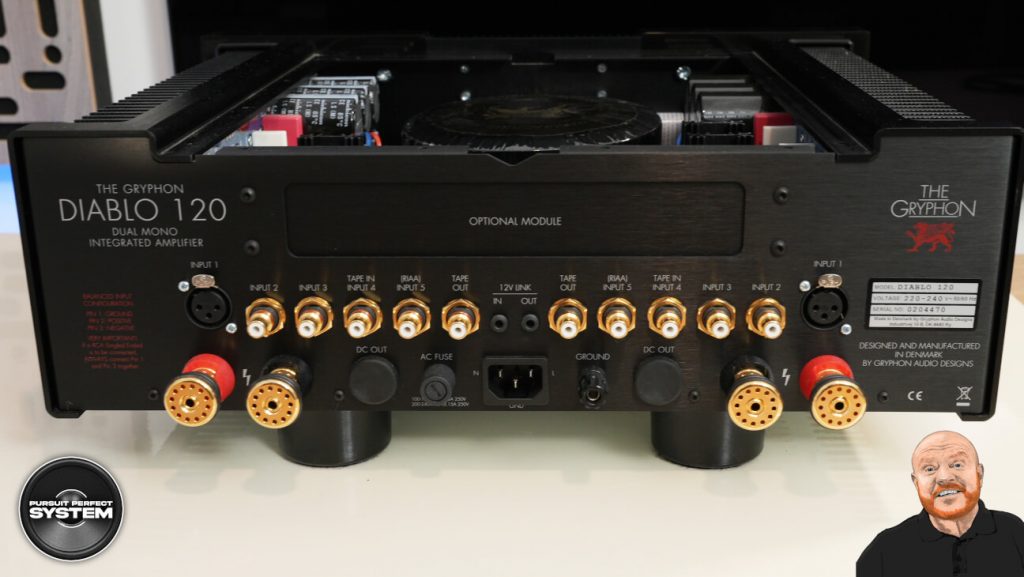 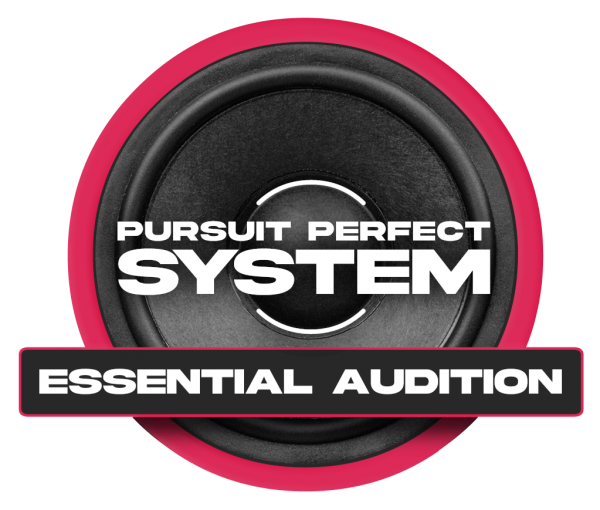 An Essential Audition Award is granted in recognition of a products high performance but with a certain uniqueness that makes auditioning even more essential.