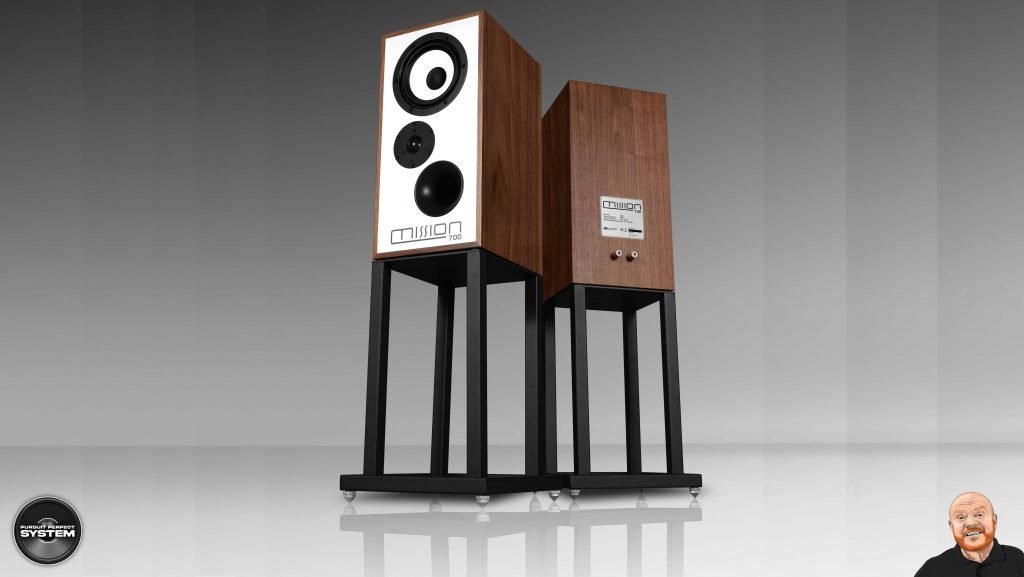 Following the release of the iconic Mission 770 in 1978, Cambridgeshire’s much-loved loudspeaker brand developed a ‘compact’ model that was more easily accommodated in typical British living rooms. Launching in 1980, the Mission 700 took the engineering principles that made the 770 such a breakthrough design and distilled them into a smaller package that could be manufactured in larger numbers and sold at a lower price – the result was an unequivocal ‘Brit-fi’ classic that delivered lashings of sonic pleasure to myriad music lovers for years to come.

In spring 2022, Mission resurrected the 770 in entirely re-engineered form, celebrating the company’s rich heritage and the ‘sonic spirit’ of the original whilst utilising modern techniques and technologies to elevate the speaker’s performance to a new level. Six months on and Mission is ready to deliver another reimagined classic – step forward, the new Mission 700. 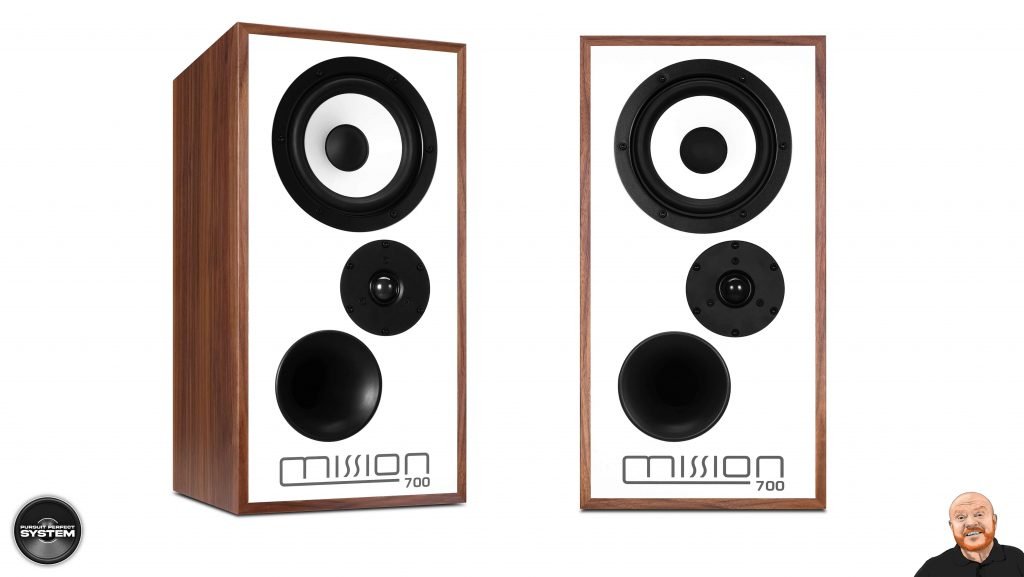 There is not a single element from the original Mission 700 that has not been greatly improved in the new version – from the cabinet to the drive units to the crossover network. And yet, it remains entirely faithful to the spirit of the original, in terms of technical ethos, sonic approach and appearance. Anyone
familiar with the original design will immediately see the resemblance – the cabinet proportions, the white front baffle and the Mission 700 logo are all instantly recognisable, albeit enhanced with new design touches such as the white mid/bass cone, larger flared port surround and hidden fixings.

The black or walnut wood veneer and the front baffle’s lacquered finish have also been improved, and the new speaker is twice the weight of the original which reflects its enhanced construction.

Another familiar feature is the inverted driver arrangement. Until the original Mission 700 arrived in 1980, two-way dynamic loudspeakers were invariably designed with the treble unit at the top and the mid/bass driver below. The 700 pioneered a different approach, placing the treble unit below the
mid/bass driver – this configuration, known as IDG (Inverted Driver Geometry), became a Mission signature and is a cornerstone of the company’s speaker designs to this day. IDG aids ‘time alignment’ – by placing the bass/mid driver closer to ear level with the treble unit positioned beneath, the path lengths from the two drivers’ acoustic centres are equalised so that the sound waves coincide at the listener’s head height. This improves stereo imaging and contributes to the speakers’ seamlessly coherent and transparent sound.

If you’re thinking this is simply a matter of inverting the speaker cabinet, think again. Every aspect of the industrial and mechanical design requires precise
spacing and alignment of the drive units, in conjunction with the crossover design 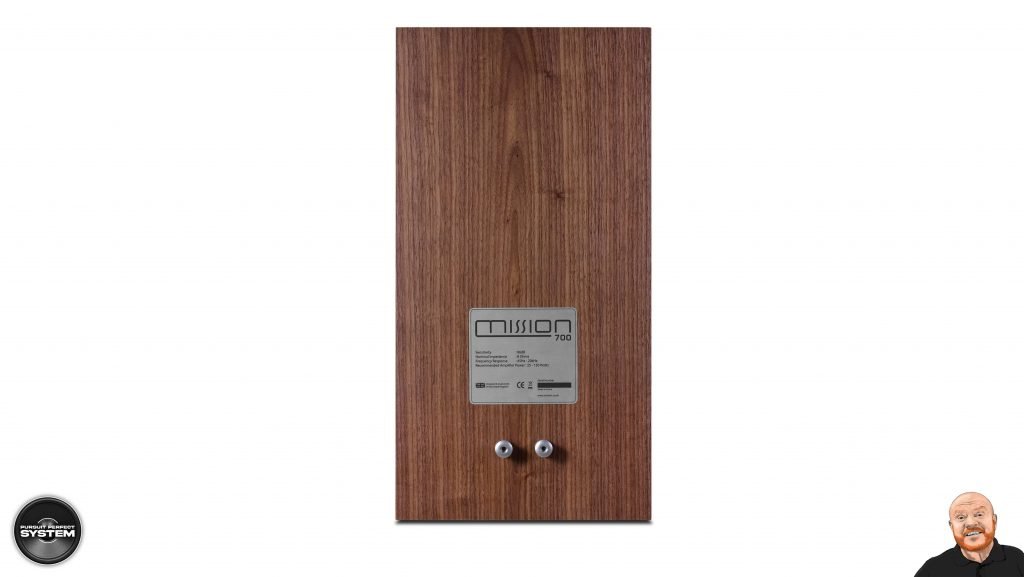 Poly… put the metal on

The new 700’s mid/bass cone is fashioned from polypropylene, the use of which in commercial loudspeakers was pioneered by Mission. However, this new 165mm cone is loaded with minerals to make it stiffer than regular polypropylene diaphragms, yielding fast, tight bass that enables the listener to hear exactly how bass instruments are being played. From the power of hard-driving metal, dance or indie, to the intricacy of a string quartet, this new cone delivers the pace, extended response and low coloration to capture the music’s energy, character and detail.

The entire mid/bass drive unit has been completely redesigned for the new 700, with the motor system upgraded to take account of modern power handling and dynamic requirements. Like the more expensive, recently launched 770, the driver is built onto a die-cast chassis with large rear ‘windows’ to reduce early reflections back through the cone. Special care has been taken to marry a low-density nitrile surround to the cone, to match its impedance and reduce reflections from the cone edge.

The cabinet and front-firing reflex port are tuned to a very low frequency, avoiding the ‘one note bass’ that is typical of some bass reflex systems. In addition, the port is strongly flared at both inlet and outlet to smooth airflow and eradicate distortion. Bass extends powerfully and cleanly to below 38Hz in room – impressive for a speaker of this size. 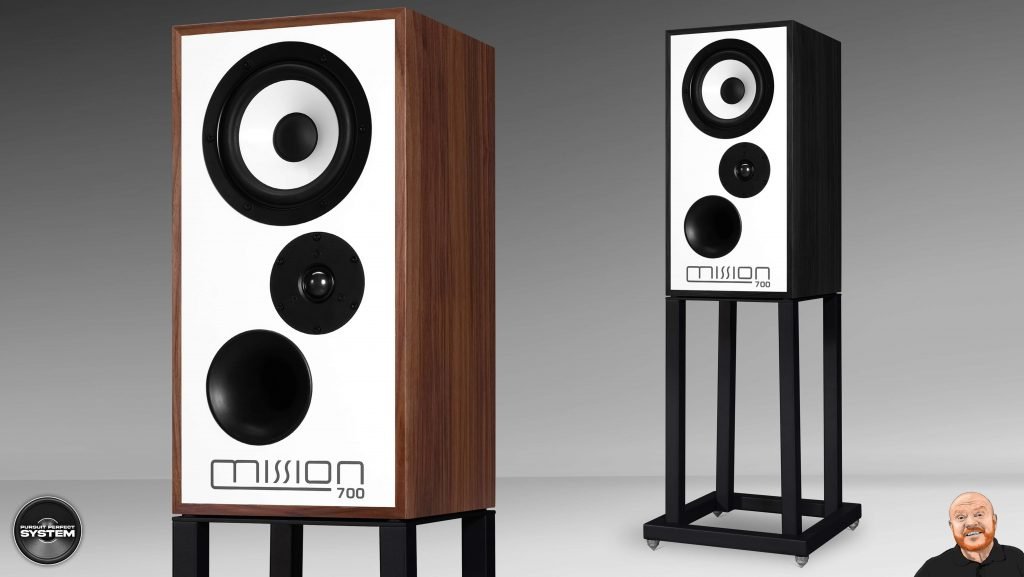 In the original 700 design, Mission focused on the midrange performance, which was always the strength of hi-fi reproduction from vinyl records. For today’s digital sources and superior turntables, the performance of a speaker at the frequency extremes is now considered of equal importance to the midrange. The new 700’s treble unit incorporates a lightweight, damped, 28mm microfibre dome with an ultra-smooth response, backed by a damped rear chamber that pushes the fundamental resonance well below the crossover region – greatly superior to the 19mm-dome treble unit in the original 700.

The quality of this high-frequency unit marries perfectly with the mid/bass driver to ensure evenness of character throughout the range of the whole speaker. Some treble units can sound detailed but overly bright and insistent; others can sound smooth but lack crisp clarity. The 770’s high-frequency performance is both smooth and detailed, a seamless extension of the musical whole.

Networking skills
When it comes to designing crossover networks, today’s software-based mapping and measuring techniques allow Mission to perfect the balance between bass and midrange and adjust the crossover to the treble unit by mapping the acoustic crossover slopes with extreme accuracy. Even so, the choice of EQ and crossover for the new 700 involved hundreds of hours of listening sessions using a wide variety of music before the final crossover was settled upon.

The circuit was then mapped out onto separate bass and treble PCBs using very short signal paths and accommodating high-quality components such as super-transparent polypropylene capacitors and air core inductors, maintaining the simplicity and elegance of the crossover in the original 700 whilst improving critical elements. The resulting transparency to musical detail ensures the thrilling emotion of music is fully conveyed, whilst maintaining a seamless transition between the drive units. 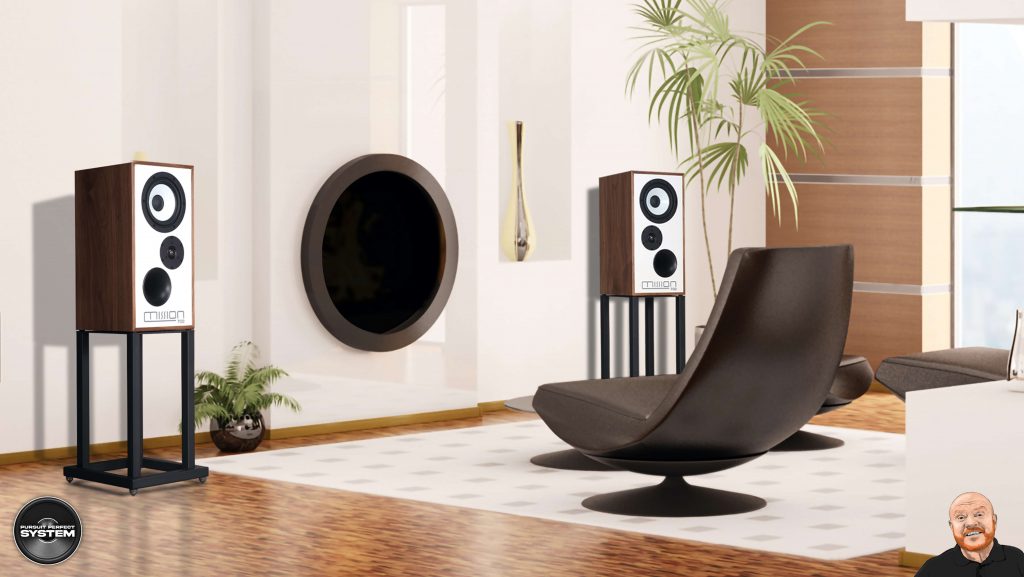 The drivers and crossover are housed in a real-wood veneered cabinet, measuring 51x26x27cm (HxWxD) and featuring a twin-wall sandwich of high-density MDF and particle board bonded by a layer of high-damping adhesive. This enhanced construction, more sophisticated than the original speaker, results in a cabinet with panel resonance well below audibility, allowing the drive units to do their job unsullied by cabinet coloration at all frequencies.

Internal bracing adds strength to the front baffle and braces the drive unit to the cabinet, creating a mechanical support that aids the dynamic performance of the bass unit and reveals the microdynamics of the musical performance. This is complemented by a layer of acoustic foam and damping fibre, strategically placed to absorb reflections inside the cabinet without overdamping the bass quality.

Mission has designed a pair of optional floor stands, tailor-made to match the new 700. An open-frame design made from carbon steel with damping material in each of its four uprights, the stand positions each speaker at the ideal height whilst removing the deleterious effects of unwanted vibrations.

Nostalgia? Yes, but also so much more…
There is clear demand for classic loudspeakers re-engineered for modern times, as evidenced by the success of the Mission 770 launched earlier this year, and the resurrected Linton from Mission’s sister brand Wharfedale – one of the best-selling hi-fi speakers of the last three years.

This demand is partly fuelled by nostalgia and the appeal of ‘vintage’ style, just as vintage clothes or furniture are considered ‘cool’ compared to homogenised contemporary design. But in the case of loudspeakers, it’s not just about ‘hipster cool’; the allure is more specific. For passionate music lovers, the appeal goes hand-in-hand with the vinyl revival; the desire to play music on something more tangible and authentic than digital, do-it-all ‘smart’ speakers pulling playlists off the internet.

Plus, these classic loudspeaker designs pay due respect to the laws of physics – form following function, the function being to deliver full-range high-fidelity sound – rather than trying to make a modishly compact speaker sound big, extended and spacious.

There may be folk who buy the new Mission 700 because they remember the original; perhaps they were one of the thousands who owned a pair, and they want to recapture the joy these speakers gave them. Other purchasers may not have been alive when the original 700 was available; they simply want a great-sounding pair of speakers to build an audio system around. With their superb engineering fusing classic, time-tested acoustic design with the very latest techniques and technologies, these are speakers that compete with, and exceed, the performance of the very best at the price in 2022.

In the words of Peter Comeau, Mission’s Director of Acoustic Design:
“The larger cabinets and bigger drive units of ‘classic’ loudspeaker designs give them an acoustic advantage over speakers that follow the contemporary trend of slimmer cabinets with smaller footprints – you can’t beat the laws of physics no matter how hard you try!

“When used with modern sources, however, these classic speakers – in their original form – can be found wanting in terms of definition at the frequency extremes, power handling and dynamic range; that’s why it’s critical that they are thoroughly re-engineered using contemporary techniques and technologies to allow them to thrive in the modern age. When this is done well, the combination of classic design and modern technology can deliver a wonderfully satisfying musical result.

“The new Mission 700 expands upon the sonic transparency and sense of musical engagement that made the original one of the most successful and fondly remembered speakers of the 1980s, enhancing its performance in every respect. The depth and articulation of the bass; the effortless expression of the midrange; the smooth, seamless clarity of the treble – these are standmount speakers that emphatically engage the ears without stress or strain.”

The new Mission 700 are available from mid-September at an RRP of £1,299 per pair, in a choice of black or walnut real-wood veneer.

The matching stands are available at an RRP of £299 per pair; the speakers and stands may be purchased as a package at £1,499.